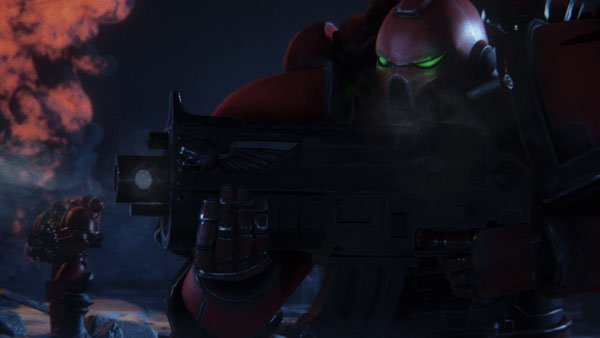 Everyone loves a game of chess, right?

A new trailer has emerged from developer Hammerfell showing off Warhammer 40,000: Chess Regicide, a strategy game set to come out later this year. The game will be focused around the classical game of chess, and will feature the well known space marines from the Warhammer saga.

What makes it stand out from any normal rendition of chess is the key focus on detailed, gore filled, beautiful visuals.

“The animation is a really critical aspect of the project, there are countless unique kill and attack sequences and we’ve worked tirelessly with motion capture stunt performers in a state of the art studio to ensure each move is realistic, and of quality,” – Cathrin Machin

While the trailer itself is just a mere teaser, Hammerfell has dropped a few bits of information on us. Such as a campaign mode that will follow the Blood Angels, a group of Space Marines with an original story exclusive to the title. This campaign is said to “promise a totally new concept of chess”. The game will also feature many factions and upgradable units for multiple unique experiences.

While the game is set to be coming to multiple platforms the studio is not yet ready to specify the specifics. All we know so far is the game will be coming to PC, and possibly mobile devices.

As a fan of the old Interplay game Battle Chess the idea of a living chess set in the Warhammer universe is admittedly exciting. Only time will tell if this game will either be a bust, or one hell of a chess rendition.