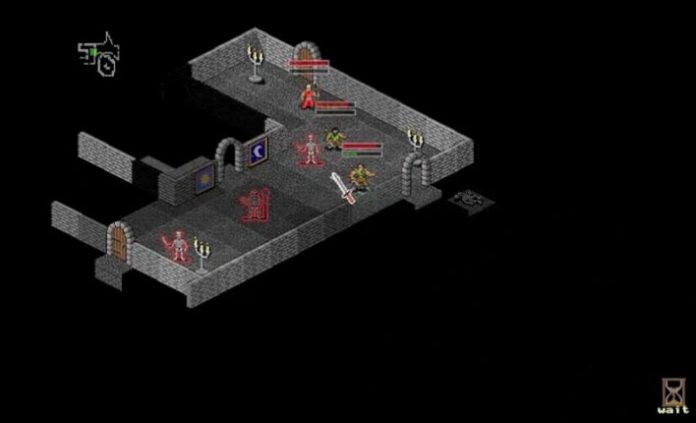 It’s been such a long time since I last played a roguelike game that I didn’t really know that they still existed. But Mysterious Castle, a mysterious indie game created by Jeremy Jurksztowicz, was just released to prove that roguelike games (or is it roguelike-like?) still exist and can still offer some quality time to the people who are ready to accept it.

In Mysterious Castle, you control a group of brave heroes with great swords that embark on randomly generated quests in a randomly generated world to slay monsters, battle skeletons and gather loot. All in a classic turn based style, with visuals of the past masterfully brought back to life by the developer.

If you don’t believe me, believe Mr. Jurksztowicz who says the following about Mysterious Castle: “Turn based combat based on (but not limited by) the award winning and ubiquitous SRD 3.5 standard provides endless tactical possibilities, as you go up against parties of Orcs, Undead, Dark Elves, Demons and more! Collect amazing items to wield in battle, study old tomes to increase your skills, and gather mushrooms to brew into powerful spells. An incredibly minimal interface devoid of the clutter so common to roguelikes lets you perform both simple and complex actions with ease. Lighthearted coffee-break combat or meticulous powergaming, the choice is yours.”

The title is currently available over at Indievania where you can pay as much (or as low) as you feel like paying, even though the recommended price is $4.99. It’s definitely worth a try, especially if you’re a fan of the roguelike(-like) genre.

If you’re still not convinced, I am sure that this Mysterious Castle gameplay video below will tickle your pleasure spot: