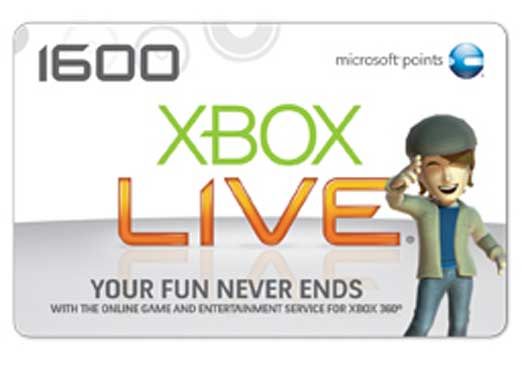 Today brings the release of another update for the Xbox 360, and one which means we wave goodbye to Microsoft Points. While this may not have affected everyone yet, it is an update that will soon be with us all. It means instead of points users now pay by card with money instead, as reported by Major Nelson.

Microsoft Points cards and codes will still be accepted for the foreseeable future; however it is unsure when that will end.  When you redeem the points, the total will be converted to a currency which will be equal or greater value than the Xbox Marketplace value of the points. This will then be placed in your Microsoft account.

All prices will now be shown in the regional currency; however the publishers will now be charging local tax on all products.

Leftover Microsoft Points are being converted to players’ accounts with a conversion rate of approximately $1 for every 120 Microsoft Points, allowing them to be used for future purchases. Purchases which use these converted points will not be charged tax.

This is a switched that has been known for some time, beginning with Microsoft saying that they would be ditching Microsoft Points, and a previous update adding the option to pay either by card or by points. Now that the full update is being rolled out, we must say goodbye to the rather controversial system that had been with us since the Xbox 360 launched back in 2005.