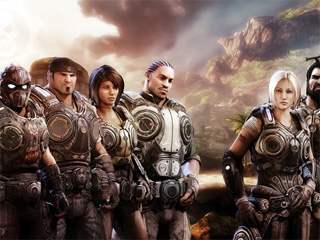 Back in 2006, a year after Xbox 360’s launch, developer Epic Games released Gears of War. The 3rd-person cover based shooter was one of Microsoft’s strongest exclusives for its young console. Fast forward seven years, and we have a questionable future for the franchise.

In an interview with IGN’s Podcast Unlocked, Microsoft Game Studios VP Phil Spencer discussed what he thinks would be the appropriate future for the franchise. He admitted that the latest entry in the series, Gears of War: Judgement, failed to meet critical and commercial expectations. This is why he believes both Microsoft and Epic need to take a step back with the series, and examine how the next Gears of War can be as innovative as the first title.

“I want to find a great Gears game. I thought we did a good job with Judgment, but I don’t think it hit the level of quality that we saw in the previous games,” Spencer said. “I think review scores showed that, sales showed that. And I really think that we’d need to take a step back with Epic and think about … I won’t call it a reboot, because it’s kind of an overused term, but think about where that franchise goes and how to expand what it was.

Spencer went on stating that Epic is preoccupied with other things, and don’t plan on revisiting the franchise for quite some time.

“They’re also busy right now, I think they’ve said that Gears is kind of on the back burner for them. So I think it would be a situation when the opportunity came up at the right time it would be great to sit down with them. They’re, again, the right team to work on that game – trying to find another team to do that game I think is possible, but you’d want to make sure you did that very carefully along with them to make sure we had the right thing in place.

“I think that franchise would need … not be reworked, but you’d need to think about how to expand the universe and what people are doing. Maybe take it more gritty. I don’t know. You’d want to do something with it, because I think it did run its course on 360 – and it was a great success on 360 – but it doesn’t quite have the story arc of a thing like Halo or something, at least the way it’s played out in the games, and I think we’d want to pump that up.”

Even though we might not see the series for quite some time, it’ll be better to have one innovative entry rather than uninspired sequels and prequels. Spencer also discussed Rare’s potential future as a games studio, stating that the studio could very end up revisiting one of their older franchises.