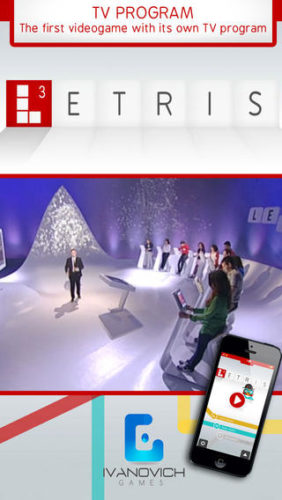 Ivanovich Games announced the worldwide release of Letris 3: Word Puzzle Game for iOS devices. This inspired puzzle title has over five million fans and its own TV show. The company announced that Letris 3 is now available for free:

Available today as a FREE download compatible with the Apple iPhone, Apple iPod touch, and the Apple iPad, this Tetris and Scrabble inspired puzzle game is so popular it has its very own TV-Show. The objective of the game is simple: to build words from a series of letters without cluttering the screen!

The competition will become more intense with the weekly tournaments, which will introduce three unique levels with exclusive prizes for the top players.