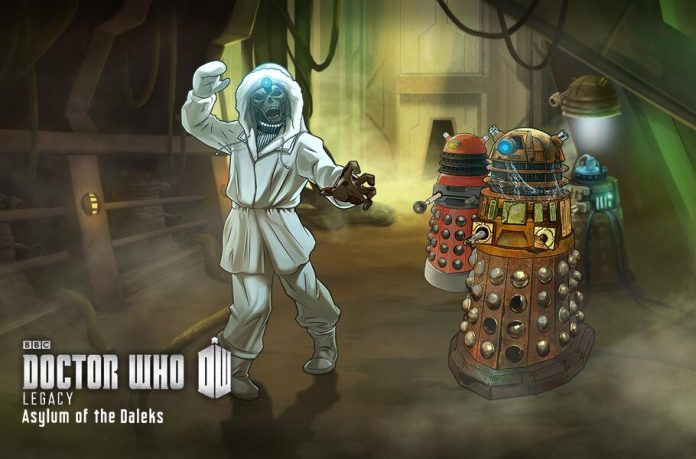 BBC Worldwide has announced that the free-to-play game Doctor Who: Legacy will be hitting app stores on the 27th November.

The puzzle-RPG will be released tomorrow on both the IOS and Android stores. The game will offer gamers an “easy to learn, hard to master” experience, as you gather a team of companions and allies from the history of the show to battle enemies from the series.

The game will launch with episodes from the sixth and seventh series of the show, so the launch will include Daleks, Cybermen, Weeping Angels and, presumably, Hitler in a cupboard.

The fifth series will then be released after New Year, once again for free as they go backwards through the fifty years of the show, so expect to begin going backwards though David Tennant’s stories and beyond afterwards. Prices of the series after fifth gets a release is as yet unknown.

“With decades of epic adventures to draw from, Doctor Who: Legacy is a loving homage created by loyal Whovians, and is rich in the show’s creative legacy and fun.” said Lee Cummings, creative director of the project at Tiny Rebel Games, adding that it will be “a treat for fans, casual players and even the most hard-core gamers alike.”

The release of this game is the first step towards BBC Worldwides’ plans to focus more on the mobile games market for the franchise. This follows the rather lukewarm reaction to the console game The Eternity Clock, which has led to the two proposed sequels to the game being cancelled.