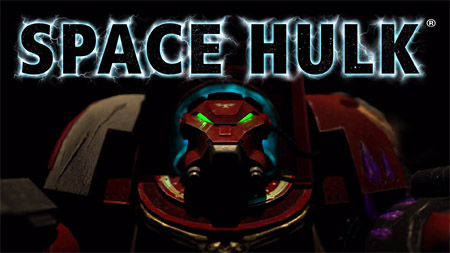 The famous Space Hulk is getting a mobile adaptation for iOS systems, announced Full Control. The danish studio stated that the first Warhammer 40,000 based iPad title is going to hit the markets on December 5th. Thomas Hentschel Lund, CEO of Full Control, said that Space Hulk’s fate is to simply become a classic:

We are excited to unleash Space Hulk, to a new generation of tablet players. With single player turn based action, intense cross platform multiplayer battles, Space Hulk is destined to become a cult classic.

Space Hulk is a 3D digital turn-based strategy game and it features a 12-mission singleplayer campaign based on the Sin of Damnation campaign from the 3rd edition board game. The game is set in an ancient vessel in a graveyard lost in space and the goal is just one, survive. Leading a small group of space marines, players will have to defeat hordes of aliens in order to save themselves from imminent death. There’s also a mutiplayer system that allows players to compete and enjoy the game with their friends.