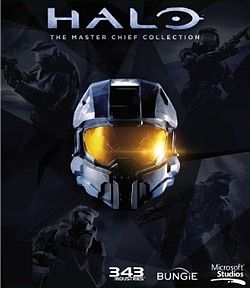 The latest patch for Halo: The Master Chief Collection has been released.

The patch tackles issues and introduces improvements regarding matchmaking, roster and parties amongst others.

The patch, which is detailed below via Halo Waypoint, will automatically download the next time you play The Master Chief Collection.

The patch notes are as follows:

• Made fixes to reduce the amount of time it takes to update the Roster:
• Players will now be discovered sooner after starting the game.
• Changes to the roster will be more immediate to better reflect friend activity.

• Made several improvements to party joining and management.
• Resolved an issue where players that were in a party could not join another party from the Roster.
• Made changes to ensure that parties cannot exceed the maximum party size of a playlist.
• Made an update to ensure that Party Leaders can assign a new Party Leader or Kick a player from their party.

• Made an update to ensure that the “Legend Slayer” achievement unlocks when prerequisites are met.
• The “Pacifist” Achievement will no longer be awarded for resuming “Assault on the Control Room”.

• Made improvements to stat-tracking.
• Improved language support for Norweigan, Spanish, German and Japanese.

343 also notes that they are aware of an issue which means the “Legacy” control scheme wrongly function as “default” in Halo 2: Anniversary and Halo 4 and are working on a fix.

What do you think should be tackled in the next update?