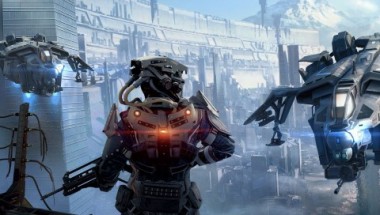 “Owing to the decision to ensure that custom Warzone presets work on all multiplayer maps, there will be no Exoskeletons or Jetpacks in multiplayer when Killzone Shadow Fall launches,” said Guerilla’s Victor Zuylen. “Their inclusion would introduce a wide number of new variables and exceptions to account for, and we want to focus on offering fair, reliable and consistent Warzone customizability.”

Jetpacks, and especially exoskeleton suits were featured in previous Killzone games. Exoskeleton suits played an integral role in a handful of Killzone 3’s multiplayer maps. It seems the trend is ending sadly, but they could be included in future DLC; perhaps via patches as well.

Killzone: Shadow Fall also boasts fully customizable multiplayer match types. Players can create and fully customize their choice of multiplayer matches. If a person wants to only include hand grenades as weapons in the entirety of the match, they could very well do so. For comparions this is something along the lines of what the original Goldeneye was able to offer.

Another thing emphasized by the studio is that experience points won’t factor into the game’s online systems. You have to, instead, meet specific challenges in order to level up. This is something brand new introduced by Guerilla and hopefully will offer a slightly more fresh experience.

Killzone: Shadow Fall will launch alongside the PS4 on November 15 in North America and November 22 in Europe.