The Incredible Hulk is a single player action game developed by Edge of Reality and published by Sega. The game was released on June 5 2008. The game features 16 playable characters and a lot of secrets. Below you will find a full collection of unlockables and hints for The Incredible Hulk for PS3.

Maestro
Destroy a building in each neighborhood.

Ironclad
Defeat the U-Foes, trick a U-Foe into KOing his teammate, and defeat Abomination.

Locations of the hidden comic books:

1. Face Of The Monster: At the Latverian Embassy.
2. Bruce And Goliath: At Stark Tower.
3. The Flop-tastic Four: On the Baxter Building.
4. Sonic Assault: Two blocks west of One World Plaza, two blocks north of the Reuters Building. It is located where the two intersect on a ledge mid-building.
5. Bye Bye Bi-Beast: At the southern tip of the island near the docks in a pass thru the building.
6. Talbot The Madman: At the Daily Bugle.
7. Just a Hop Skip And A Jump: On the domed roof of the World Financial Center.
8. Blonsky… Broken…: Go to the Latverian embassy, then move towards Central Park. When you get to the last building before Central Park, turn south. It is on top of tallest building with the dome top.
9. Turrett Syndrome: In the Central Park subway terminal.
10. Fired From The Sky: On the rooftop of Nelson and Murdock, Attorneys At Law.
11. The Lesser Of Two Evils: On top of a fountain near the Flatiron Building.
12. Enclave’s Ultimate Weapon: On the Belvedere Castle in Central Park near the lake.
13. This Is Only a Test…: Start at the top right corner of Central Park and go up one square. You should be on a big square building on the map. Go right one building and you will see it in the upper left of the lower roof of that building.
14. Betty’s Peril: On the top of the Flat Iron Building.
15. Abomination Domination: At the Marvel Comics Office front door.

1. Face Of The Monster: He must Not Escape
2. Bruce And Goliath: The Enclave and Rick Jones
3. The Flop-tastic Four: A Friend Who can Help
4. Sonic Assault: Just Take him down
5. Bye Bye Bi-Beast: A Mass Mind COntrol Device
6. Talbot The Madman: This Guy’s Bad News
7. Just A Hop, Skip And A Jump: Destruction in a Single Bound
8. Blonsky… Broken…: Our Old Research Data
9. Turret Syndrome: The Problem is the Hulk part 2
10. Fire From The Sky: PISTH part 3
11. The Lesser Of Two Evils: The lesser of two evils part 2
12. Enclave’s Ultimate Weapon: LOTE part 3
13. This Is Only A Test…: We can use their tech part 2
14. Betty’s Peril: It’s time to end this part 2
15. Abomination Domination: We’ve got the antidote.

Locations of the Jump Challenges:
1. World Financial Center
2. Behind the Woolworth Building
3. 20 Exchange Place
4. Third building south of The Flat Iron Building
5. Beside the Empire State Building (fall into it)
6. Madison Square Garden
7. U.S. Trust Building
8. The building north of the Reuters Building. It has a star-shaped top. The jump ring is horizontal; you must look up to find it.
9. South of Time Square, near Jump Challenge #8, slightly further south between a skyscraper and a smaller building, down low.
10. Swiss Bank Tower
11. Citigroup Center
12. Carnegie Hall
13. Time Warner Center
14. Southeast of the Empire State University Subway
15. North central area of Central Park 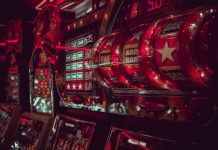