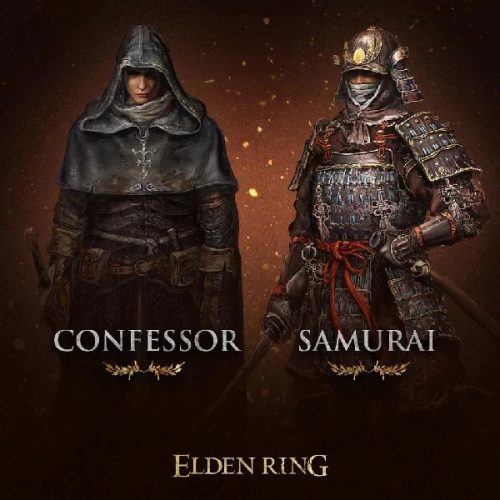 Starting with Elden Ring as a beginner can impose many challenges and roadblocks, especially with setting up the builds according to the stats and classes. The Confessor build utilizes the strong starting stats, making it a much superior option to the other classes.

Given the diversity in weapons, armors, spells, and accessory equipment, it isn’t surprising that Elden Ring’s classes can go in multiple directions. However, this article will specifically focus on the Confessor Build and guide you through the entire process.

To make the article beginner friendly and easy to understand, we have managed to scale through the different elements that constitute the overall Confessor build. From the weapons to the talisman, everything is discussed in detail for a better understanding.

When starting the game as a Confessor, your initiation starts at Level 10. By this time, your faith stat is at its peak. Some other stats that are close range are Mind, Strength, and Dexterity.

The Confessor stat especially focuses on two factors – magic and melee weaponry. That’s something you’d exhibit throughout the build process, despite lacking any obvious advantage with the current stats.

Confessor build also starts with some machinery and equipment, including Broadsword, Finger Seal, and Kite Shield.

As you commence the Confessor build, we recommend that you focus on two important stats – Faith and Strength. Keep these two factors in the foreground. Follow this up with Vigor and Dexterity and keep Mind and Endurance in the last. The latest stats will be a backup if you run out of the primary ones.

Since you are starting the Confessor build at Level 10, you must practice patience throughout the process. The best way to acquire some of the most notable weapons is by waiting since they come in a little later in the game.

As you gradually progress in the game, aim for the Zweihänder. This is your first weapon of choice. You will find it from the Isolated Merchant at the Weeping Peninsula. It is a powerful sword and will cost you 3500 runes.

Since the cost is quite steep, you need to acquire enough by farming, especially because it requires around 19 Strengths for the purchase.

Once you acquire the first weapon of the target, the next in line is the Dragon Communion Seal. This one is popular for casting Faith incantations and is available at the Fringefolk Hero’s Grave. It is present right before you step into the open world. Entry to acquire this weapon requires the Stonedword Keys for access.

Your aim with Confessor build is to acquire more of the Faith-based weaponry. Later as you progress into the advanced levels, aim for the Godslayer’s Greatsword. This is the ultimate sword and is quite expensive. However, purchasing it will take a lot, including 20 Strength Faith and Dexterity.

Another important build you can look into is Blasphemous Blade which requires a hefty purchase price, including 22 Strength, 21 Faith, and 15 Dexterity. However, acquiring this sword isn’t as easy since it requires the player to defeat the Elden Ring Rykard boss.

Moving on from the weaponry, the next thing in the line of focus is the armor of the build. The first thing in line is Mausoleum Knight set that can be available in the Liurnia of the Lakes or around the Walking Mausoleum. The primary significance of this armor set lies in the physical and magical protection.

Besides that, the Briar set is another popular armor worth considering because its level of protection is immaculate. You do need to beat Elemer of the Briar to acquire that armor. If possible, replace the helmet with a Ruler’s Mask. More than improving the strength or protection, this armor improves the Faith stat, which is crucial for the Confessor build.

What is an Elden Ring stat build if we don’t talk about the Talismans? The first of the lot is the Two Fingers Heirloom, which gives the player an extra flat bonus of five to the existing Faith stat.

Besides the standard talisman, another one worth considering is Faithful’s Canvas Talisman. Acquiring this will immediately raise the potency of all the incantations available. So, if you want to heal yourself after an injury, this is one of the talismans that can support that.

Primarily, focus on acquiring the relevant weaponry first, and once you do, we’d recommend you shift to getting the Carian Filigreed Crest. Getting this purposefully reduces the FP consumption of almost all the skills around.

Since Confessor build starts with high Faith, keeping a check on all the best stats is crucial. Your aim is to keep Faith at the top and balance Strength and Dexterity on the side. The Vigor is quite low, so you might have to work on overdrive to sort that out.

Keeping a check on the stats should be aligned with the various milestones you achieve. Here’s a quick breakdown of the same:

Keeping these Confessor build stats can be a little difficult as a beginner, but these are some of the best stat configurations that can optimize your chances of winning.

Once you have all the equipment, exploring the Confessor’s abilities is crucial. This is where the spells and incantations come into play. Since they are armed with the Sacred Seal, knowing about the divine Incantation spells is very important.

Some of the top spells and incantations in the Elden Ring Confessor Build:

Lord’s heal – heal self and the allies around

Besides these spells and incantations, there are several involvements of Ashes or war and Spirit ashes that you should learn about gradually.

When discussing the Confessor’s best skills, they include a variety. The Class Scythe and Melee Build are directly responsible for crowd control, especially when you are stuck in the middle, surrounded by your enemy.

Integrating “Ash of War: Quickstep” is a skill that optimizes survivability and helps the players get themselves out of stuck and unwanted situations.

Summoning the Spirit Ashes also improves the defense and the damage by offering more protective elements.

The last element in the Confessor build is worth considering. This typically encompasses all the important weapons, armors, and talismans acquired throughout the game.

When getting the best gear, focus on Strength and Faith, the two pillars in the Confessor build. Once you master that, acquiring the rest wouldn’t be as difficult as you think.

What Should I Level as A Confessor?

As mentioned before, as a Confessor in Elden Ring, you will begin your game at Level 10. Faith will be the highest stat during this point, closely followed by Strength, Mind, and Dexterity.

Since the Confessor’s ability heavily depends on Strength and Faith, you must focus on the build to improve those two stats. The best Confessor build comprises the ultimate weapons, spells, machinery, incantations, and gear – all of which elevate the stats by the end.

If you are new to Elden Ring, especially with the Confessor build, we hope this article gives you an in-depth understanding of all the necessary pointers. Ensure that you focus on the correct elements because that makes all the difference by the end of the game.

How To Create a Roblox Shirt? 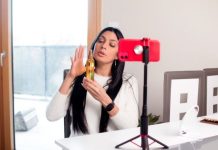