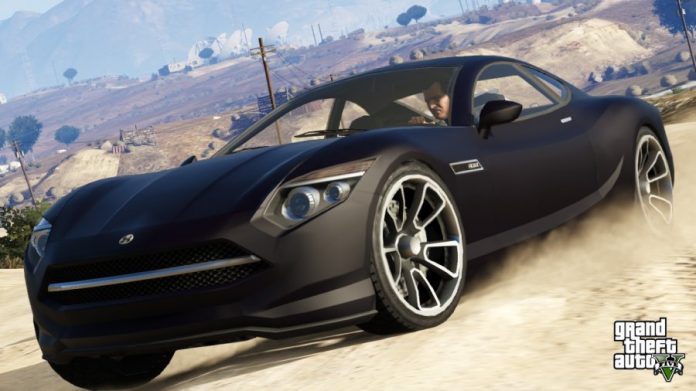 If you find yourself on this website and viewing this article, you no doubt know that Grand Theft Auto V has not only released, but that it came out very, very hot, with critics and fans alike crying near-perfection. Within the first week, the game’s sales had surpassed $1 billion USD. Even after taking out cuts for retailers and the like, it’s clear that the $260 million budget they used to make and promote the game will be surpassed with flying colors. Despite this, leading up to the game, and still now weeks after the release, there are rampant rumors of next-gen version of the latest installment in the mega-franchise. Many players actually remain quite convinced that they have found PS4 evidence in the code. We may find out in the coming months that this is true, but it’s in the best interest of Rockstar and their fans that they decline to make such a version, and here’s why:

While it seemed many players were confused about Rockstar’s decision to release such an ambitious game on current platforms, rather than waiting for the new ones considering how close they are, the decision makes sense in more ways than it doesn’t. Not only is the install base for the current systems much larger than even the dream scenario of both next-gen consoles could be, but it will continue to grow even after new consoles are released. The vast majority of players do not feel the desire to run out and buy the newest system, rather will wait for a price drop or a killer deal. With the release of these systems waiting in the wings for so long, a price drop of the old systems is sure to drive those sales in this holiday season. The ones who don’t already have one are sure to get one now, provided they want it. Releasing their masterpiece in any other environment could be viewed as disastrous.

We also cannot forget the path Rockstars number of studios took to get here during this console generation. From the very beginning they have been building to release this game, on these consoles, making the most of this tech. Some may remember their first game of the generation was Rockstar Table Tennis, a testing ground for their new RAGE engine, that would power the rest of their games. The sheer ambition that was thrown into GTA4 afterwards was almost overshadowed by the backwards steps many players saw when compared to San Andreas, but it still appeared they were testing the waters. Crafting a larger world with more organic characters, changing the driving and shooting controls, and trying to take the story slightly more serious all seem a little shallow in hindsight, even if it managed many perfect 10’s at the time. Seeing how players reacted to the shift in the series surely influenced what they were to do later on. After that, Red Dead refined many of those aspect, and Max Payne heavily changed the shooting. All of these games leading up to GTA V served to create the game itself, again, on the current console set up exclusively.

But, what about the extra money they could make if they ported it? It is no doubt that if they spent resources to port the most popular game since Call of Duty they would see nothing but increased sales. However, despite Rockstar’s team of studios, they all serve a certain purpose, and surely those purposes could be shifted to next-gen consoles, in starting another cycle for another new GTA game. Remember, they could have easily ported San Andreas to the Xbox 360 a year after release, but instead chose to develop a new engine for the new console. Making a new, better game (granted a new IP is unlikely) would be far more beneficial than making the same game again. I’m thinking they take another crack at improving storytelling with Bully 2! A guy can hope, right?

While it is easy to glance at the GTA V situation, specifically releasing on 7 year old hardware, and think Rockstar is making a potential mistake by leaving it at just that, digging deeper into the story will reveal that it would be smart for Rockstar to shift focus to maximizing new hardware instead. Given that it takes years to develop new games of their signature magnitude, they’ve probably already got a few in the works, handicapping that process at all could lead to a let down with their next product. Considering the gaming community at large has such a short memory, looking forward to the next big thing is what they would really want anyway. I don’t know about you, but I’d rather they focus on improving the increasingly tiresome side missions in their games than getting me to buy the game I just beat again.