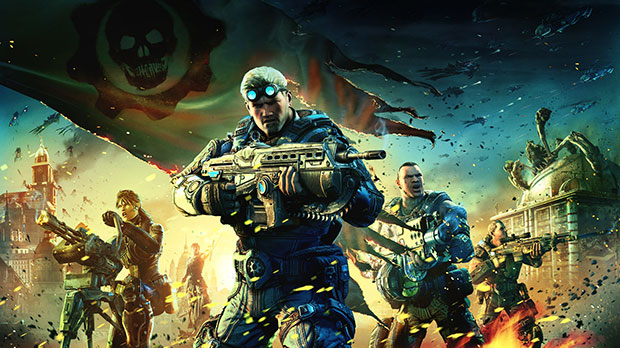 Many critics are currently surrounding Gears of War: Judgment and one of their concerns is the narrative progression, which is diffuse and disperse. The storyline emphasis is centered on a collective protagonist, a military team known as the Kilo Squad. This team is composed by four members: Private Augustus Cole, Cadet Sofia Hendrik, Private Garron Paduk and Lieutenant Damon Baird. If there’s an actual protagonist, it would be Baird, the squad leader, however the story is centered on the four members and their war testimonials, each character has its own importance and relevance on the narrative’s progression. The gameplay allows players to impersonate all the four characters, whenever it’s their turn to testify in the tribunal. This scattered narrative can be quite ambiguous, it’s surely a very creative way to construct a gaming narrative – it’s original, dynamic, innovative and it builds excitement and expectation in an action environment. Players are not stuck with a single protagonist and they have the opportunity to assume different roles, which can intensify the immersion levels in game. But this kind of narrative can be risky and disastrous if the majority of Gears of War players prefer to stick with one and just one character; there’s no real character evolution, you’ll be playing four, as soon as you’re getting used to one, you’ll have to play another. Besides, the sensation of role playing will be most likely lost – you’re Cole for a few hours, then you become a female and play as Sofia. Mixing personalities, genres, ranks… things start to get really bizarre and the linear role playing narrative is completely devastated. Gears of War: Judgment is a first person shooter and action title, therefore this type of narrative shouldn’t be a problem as it surely is in a role playing game; after all, the whole point of a FPS is to experience intense action in a thrilling way. 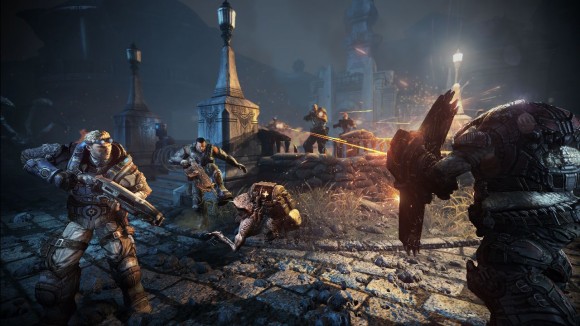 Creating multiple protagonists is normally an adverse choice to make but Judgment’s story creates a perfect atmosphere to insert a scattered narrative. The Kilo squad has directly disobeyed superior orders; the soldiers ignored Colonel Ezra Loomis’ instructions to stand down and launched a Lightmass Missile upon a huge amount of Locust enemies. This act of disloyalty granted them a death penalty, however before the final verdict, Loomis wished to hear every version of the facts. That’s when the protagonist scattering begins; each member will testify in the tribunal but none will recall the same moments, the questions are organized in a logic sequence, which will create a very steady and linear storyline. In the end, you have a typical warzone story displayed in a creative way, instead of having a single protagonist, there are four, but those four play as one. In game, the squad is always present in every mission, the four elements are always there, what changes is the character’s playability. 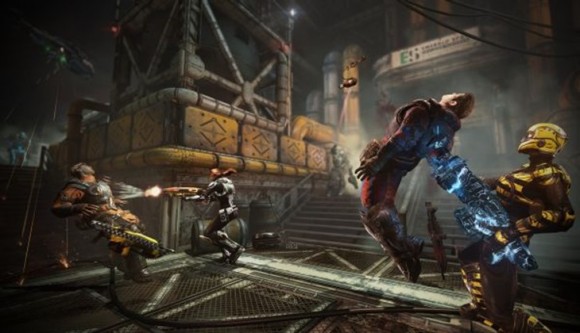 The narrative and gameplay presentation are surely unusual and it may seem inappropriate for a gaming title but it’s simply a question of experiencing the new and the unknown. In this case, it makes perfect sense to use a scattered method – there’s a team being judged in tribunal, there are four elements, each one speaks their version of the facts… making the four characters playable sounds more than reasonable to me. This technique is very reliable in terms of logic sequence and it intrigues players by offering a non-traditional narrative display.