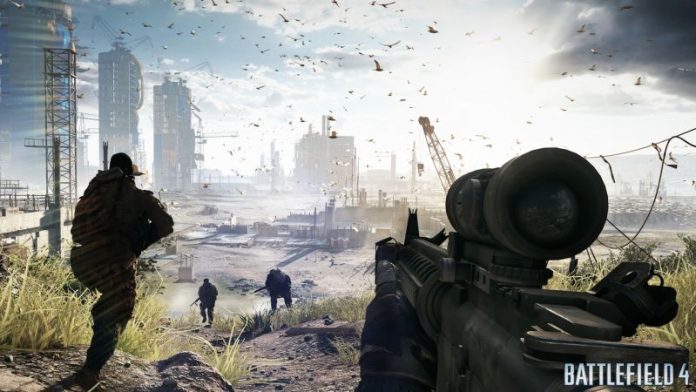 Battlefield 4, the sequel to the multi-award winning title Battlefield 3, will be heading to PC’s this fall, according to makers EA and Dice. The latest game in the Battlefield series was given a 17-minute gameplay trailer, leaked online before officially being released by Dice a day later. The PC that was running the game in question was running an AMD Radeon HD 9770, claimed by AMD to be the “world’s fastest graphics card”. In the trailer, things were fast paced and smooth, but that’s a top-of-the-range gaming PC. Would it differ with today’s average computers, especially with the graphically-intensive new Frostbite 3 Engine.

According to EA, a beta will go live sometime between spring, and lucky them, people who bought Medal of Honor: Warfighter are automatically part of the beta, so make sure to check your e-mail’s if your invited. Don’t worry if your PCs not up to date, Battlefield 4 will also be coming to Xbox 360 and PS3, but they’ve kept quiet about the next-gen consoles.

The new game features many elements, as well as some new ones, explained below;

The trailer showcased many new gameplay elements, such as the ability to tag enemies, give simple orders to your squad, and it even appears that complete destruction has made a return from the Battlefield: Bad Company series.

Co-op has bitten the dust, according to EA, as the gameplay on co-op mode was “functional but not fun“. The game will mostly focus on multiplayer and single-player enhancements, as well as an even longer campaign. BF4 is the 13th game in the franchise, will it live up to the name?