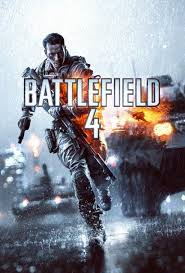 DICE has announced it plans to upgrade its hardware in an attempt to deal with rubber banding issues that have affected the online experience of Battlefield 4.

Rubber banding is a term used to describe players who seemingly teleport around the map as an effect of struggling servers.

DICE announced in a blog post that they are looking into fixing the issue, which primarily affects Battlefield 4 in its 64-player matches.

“Looking into this further, we’re unhappy with our server performance, so we’ll be upgrading the hardware as soon as possible, investing more to deliver a better experience.” The post began.

There is currently no news as to when the upgrade will be complete, but DICE promised it is very high on their list of problems to solve.

“As soon as we know the exact timetable, we’ll let you know the ETA. Reducing lag for these players is absolutely a TOP priority for us to solve and we expect to have the solution very soon.”

This is good news for people who have experienced these problems, which have been a problem since the game launched last year, but hopefully it is a big step to improving the online of Battlefield 4.
What are your thoughts on this announcement?

In the meantime, we can play the DLC Naval Strike, which has been released on all platforms following delays affecting the launch of the Xbox One and PC versions of it. It contains four new maps and Carrier Assault mode, which is a tribute to Battlefield 2142’s Titan mode.