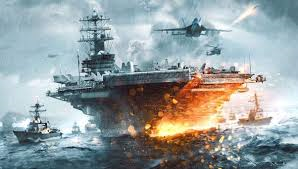 DICE has announced the Naval Strike DLC will be made available to all non-Premium members on the 15th April.

#BF4 Naval Strike will be available on April 15 for all non-Premium members. Learn more: http://t.co/pX4X15q68c | pic.twitter.com/7m6OZf2caI

DICE has announced that it has sorted out the animation issues which delayed the Xbox One version of DLC Naval Strike, and has now been released for Premium members.

*Update 26/03/14*
The Xbox One version of Battlefield 4 DLC Naval Strike has been added to the delayed list along with the PC version, DICE has announced.

The DLC was released as planned on Tuesday for Xbox 360, PS3 and PS4. In an update on yesterday’s Battlelog post, the developer clarified the reasons behind the delays on these systems.

On the issue with PC, DICE said: “We have delayed the PC version of Naval Strike because we are concerned that the combination of the pack and planned PC updates would increase performance issues on mid-range to high-end PCs.

“We have decided to delay the Xbox One version of Naval Strike because we want to address issues in the animation system that hinder players from engaging targets in set circumstances using popular weapon configurations.” DICE said of the Xbox One delay.

DICE say they are working hard to fix the issues, and have told everyone to expect an update on these versions in early April.

DICE has delayed the release of new Battlefield 4 DLC Naval Strike on PC.

The third expansion for the game is being released as planned today on Xbox and PlayStation consoles, but the developer announced on Battlelog they have been forced to delay the PC release, with a new date now unspecified.

“Once we have a confirmed date for PC, we’ll be sure to update those players on our official channels. We appreciate your patience and look forward to seeing everyone on the Battlefield.”

The Naval Strike DLC focuses on water based combat, with four new multiplayer maps which are set in the South China Sea called Lost Islands, Wave Breaker, Nansha Strike and Operation Mortar. These maps include fishing villages, naval bases, an abandoned Cliffside resort and what is described as ‘the largest ocean stretch in a Battlefield map’.

Also included in the DLC is a hovercraft, five new weapons, two additional gadgets and ten assignments. It also introduces the Carrier Assault mode, which was made as a tribute to the popular Titan mode of Battlefield 2142.

The DLC is available today for Battlefield Premium members on Xbox 360, Xbox One, PS3 and PS4. The pack will then go on general sale in two weeks’ time on the 8th April.

What are your thoughts on the delay?