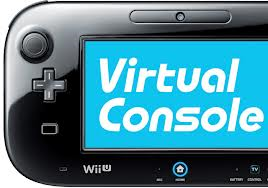 Nintendo has unveiled the full list of Game Boy Advance games being released on the Wii U Virtual Console in April.

The games will cost European gamers £6.29 each, whilst the price will vary across each game for North America. More games are soon to be announced for the service.

The downloads will support play both on the Wii U GamePad as well as on-screen play on your TV, as well as customisable controls.

The list of release dates for the announced games, as well as pricing in North America, are as follows:

An excellent first batch of games it seems. What games would you like to see given a re-release?

Nintendo has announced that the Wii U Virtual Console will be getting Game Boy Advance games, starting next week in Europe.

Released back in 2001, the strategy game was developed by long-term Nintendo development team Intelligent System, who other works include the Fire Emblem and Paper Mario series. Advance Wars remains one of the best loved and critically acclaimed games on the handheld console.

The scheme to put GBA games on the Wii U Virtual Console was announced in February by Nintendo President Satoru Iwata during February’s edition of Nintendo Direct.

The first batch of games announced during the presentation was Metroid Fusion, Mario & Luigi: Superstar Saga and Yoshi’s Island: Super Mario Advance 3. With Advance Wars being first, it is unknown the order these will be released.

Iwata added: “Over time, we will continue to release more titles, so please stay tuned.”

The handheld console will join the NES and SNES as the retro games available on the Wii U eShop. Games from the latter consoles have been a regular fixture on the Wii U since April 2013. It is not yet known whether GBA titles will be making a transition towards the Virtual Console on 3DS.

What games would you like to see make their way from the GBA to the Virtual Console? Do you think Advance Wars is a good game to kick off the GBA range, if not what would you pick?