Call of Duty: MW4 (or Ghosts as how it’s become known) is the anticipating sequel to the Modern Warfare line, which is phenomenally successful, climbing to the top of gaming charts worldwide and securing numerous awards. The Call of Duty franchise is the most popular game on Xbox 360 and PS3, and the hype leading up to the sequel has been huge.

Infinity Ward, the current creators of the MW line and set to succeed with Ghosts, have recently updated their Facebook status with a very interesting teaser image which shows Captain. John Price, a main protagonist in all the Modern Warfare series, in black and white, seemingly rendered with their graphics program. The final part of MW3 shows Captain. John Price light a cigar, which could suggest him being the main protagonist throughout Ghosts. This would make sense, as John MacTavish was always the main protagonist, with him being at the sidelines. 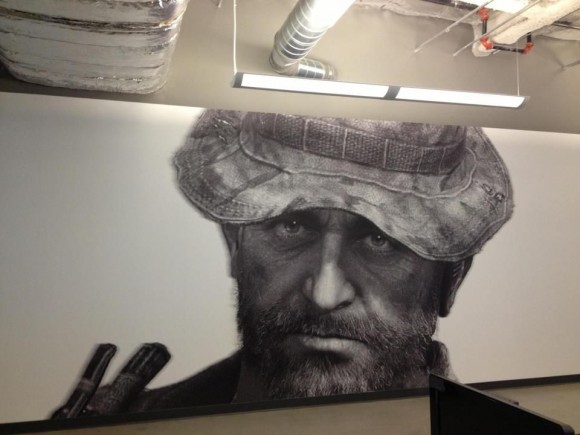 Call of Duty: Ghosts could be part of a series of Ghosts lines, and it would be quite an apt name, as Ghost is the former name of a solider who was unfortunately killed during the campaign in MW2. Also, a character named Captain Price served as the main protagonist during Call of Duty 1 and Call of Duty 2. He’s supposedly said to be the grandfather of the Captain Price we know today.

It’s not confirmed that he’s the main protagonist, as Infinity Ward could bring a new protagonist, but we know for sure Captain Price will be back in Ghosts.