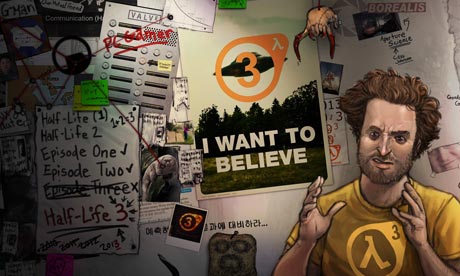 Gabe Newell, Valve cofounder, has explained as to why his studio refuse to churn out Half-Life sequel after Half-Life sequel. Valve could have been successful at doing so, but Newell believes it is better to have variety in development.

“When we started out, we were a single-player video game company that could have been really successful just doing Half-Life sequel after Half-Life sequel,” Newell told The Washington Post.

Newell also said that focusing their attention on projects such as Dota 2 and the Steam service was a “great idea.” Steam has over 65 million registered users, and Dota 2 has quickly become one of the most prominent PC games available. While Half-Life 3 has gone through plenty of changes at Valve, the game still remains unannounced.

Newell largely discussed the unique structural organization of Valve, in which no employee has a specific title or position and sick days and vacation isn’t tracked. This helps ensure that employees can move onto different projects whenever needed.

“So, if somebody becomes the group manager of X, they’re going to really resist it when X is not what you want to do in the next round of games. You don’t want them to sort of burrow into that–you want them to recognize that being really good at Half-Life level design is not as nearly as valued as thinking of how to design social multiplayer experiences,” Newell said. “You’ve had them feel like they have an organization and title tied up to something when the key is to just continue to follow where the customers are leading.”

Newell expects his employee to be highly adaptable to change since game development is constantly evolving rapidly.

“If you look at the requirements for just one piece, like art, from one generation of games to the next, it will change radically. You need people who are adaptable because the thing that makes you the best in the world in one generation of games is going to be totally useless in the next,” Newell said.” So specialization in gaming is sort of the enemy of the future. We had to think about if we’re going to be in a business that’s changing that quickly, how do we avoid institutionalizing one set of production methods in such a way that we can’t adapt to what’s going to be coming next.”