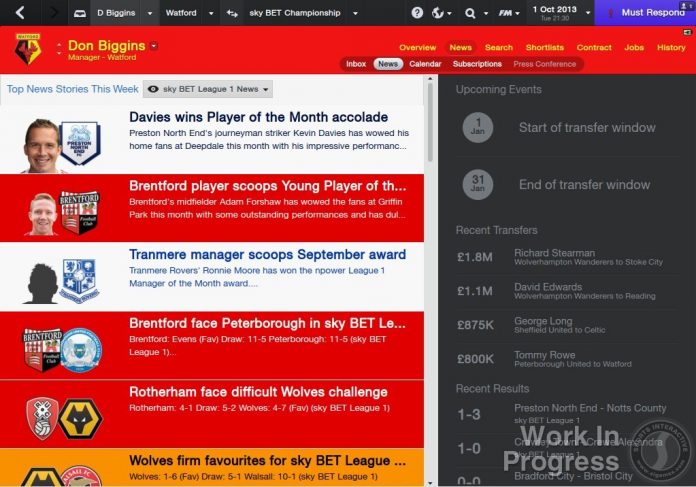 Today is a great day for any Football Manager fan: FM 2014 has just been announced, 30 new screenshots have been released and Sports Interactive have decided to detail the biggest changes, improvements and new features of this year’s game and they are pretty exciting!

Here are the new features announced for Football Manager 2014, all with extra details:

“The 3D match engine has seen extensive improvements, including enhanced AI, improved lighting and player animation, individual player character and kit models, more realistic player reaction to on-field incidents and a range of optimisations which combine to make this the best looking and fastest FM Match Engine yet.”

This was my biggest disappointment last year and I really hope that the 2014 edition will bring back the good ol’ FM that we all loved!

Transfers and contracts are more realistic 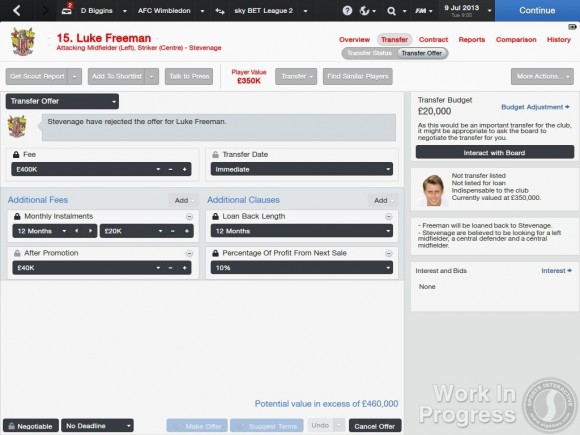 The new revamped transfer module means that “opposing clubs and managers adopt a more realistic approach when making or responding to transfer offers. In addition, a number of new ‘real world’ transfer clauses have been added, such as the facility to loan a player back to the club he’s just been bought from and the option to offer a combination of cash and loan players, as well as new contract clauses such as a sub bench appearance fee. On top of this, the old ‘turn-based’ system of transfer negotiations can now be done two ways, the tried and tested system and a new ‘live’ system, similar to that used in FM’s contract negotiations.”

Glad to see that transfers can be easily dealt with now – fast and sound, as it should happen! 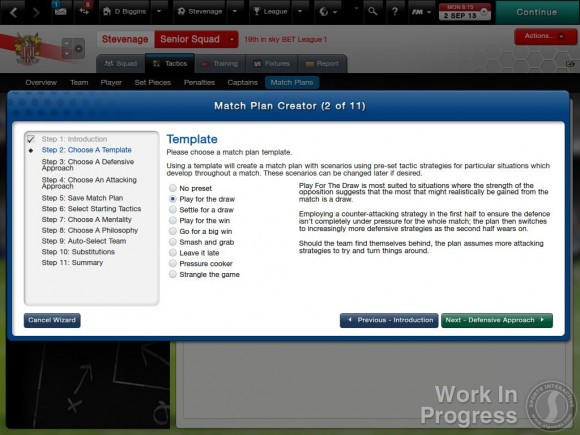 “There has been a complete redesign of how tactics are created, selected and implemented with player roles and team strategies becoming even more prominent, definable roles for players for multiple positions, new player roles and instructions and improvements to rival managers’ AI so that they’ll adapt their tactics more readily over time.” 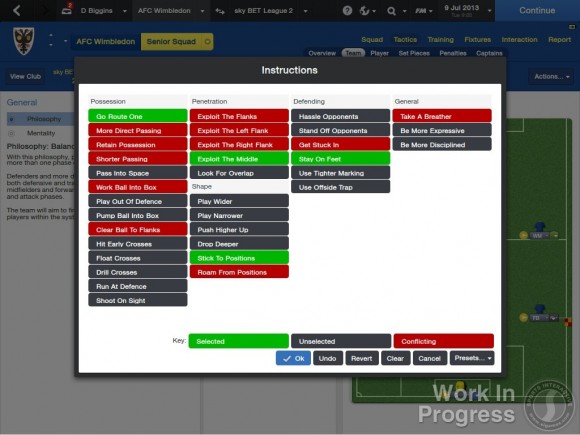 In other words, the game got even more complicated and again there will no longer be perfect tactics to use on all occasions. It increases the realism a lot if done correctly but I worry that a failure to make this work will ruin the game even more. 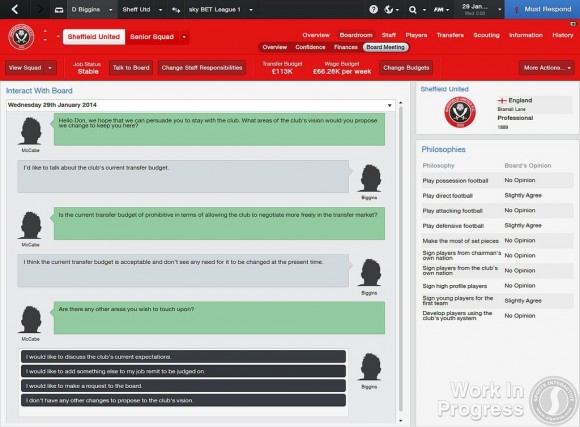 “Contract negotiations are more realistic in FM 2014, as managers and boards can now make demands and lay down their respective visions for the club in both initial job interviews and contract renewal discussions. Managers can also attempt to renegotiate transfer and wage budgets as a reward for staying loyal if they’ve been offered a job by another club, with the outcome helping aid their decision on whether to move or not.”

Good to see some extra options here. Not really my main area of interest, but small changes like this one make a game great.

“There is now better interaction between players, managers, their rivals and the media; for example, members of the coaching staff now offer feedback on how reserve and youth team players are performing. Managers can also ask key players to have a word with unhappy squad members, while the introduction of an end-of-season meeting allows the manager to let the squad know how they have performed and set targets for the coming season.”

Pretty interesting addition, but overall this is a feature that is generally ignored by most of the players so probably it would’ve been better if SI would’ve invested their time in creating the perfect match engine. 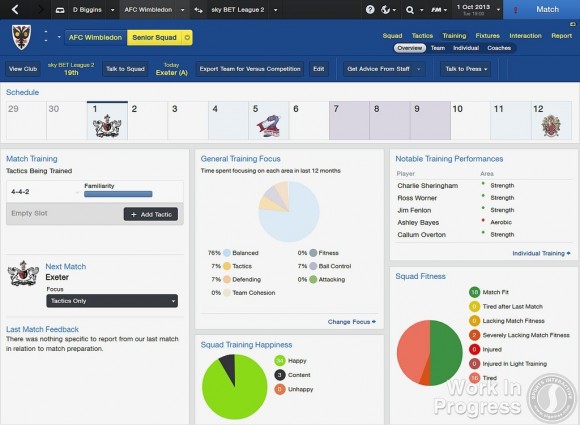 “Key areas have been redesigned – including the training overview page, the transfer centre and the news homepage – while widespread changes have been made across the game’s user interface. The language employed throughout the game has also enjoyed a major overhaul and now corresponds more closely to the language of real world football.”

It’s good that the vocabulary has been adjusted, but I wish that at least once Sports Interactive will keep the same user interface we all got used with and not have us relearn button placements over again. However, if they managed to optimize it even more, it’s even better so in the end I won’t complain! 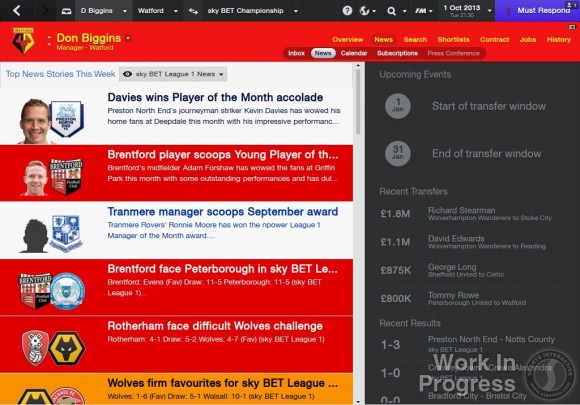 “The news system has been overhauled so managers can now deal with many club matters directly from their inbox. In addition, news is now colour-coded, based on category, and contains more detail – for example, scout reports now appear as a single news item with a top-line report on all players scouted and the facility to shortlist or make an offer for each of these players.”

This is a great and smart addition, in my opinion. Gives us the chance to waste less time on dealing with the club matters. I am actually really excited about this!

I didn’t really pay much attention to FMC in FM 2013, but now that I have a child, things might change. We’ll see… at least until he is old enough so we can play Football Manager together.

So these would be the key changes for Football Manager 2014. There are a lot of aesthetic changes and new features which makes a lot of sense because overall FM is a game with good, working mechanics. If they manage to do the right thing with the match engine and tactical overhaul, we’re set for an amazing game this year.

What do you think about the new features announced for Football Manager 2014? Are there any areas that you would’ve liked to see addressed?