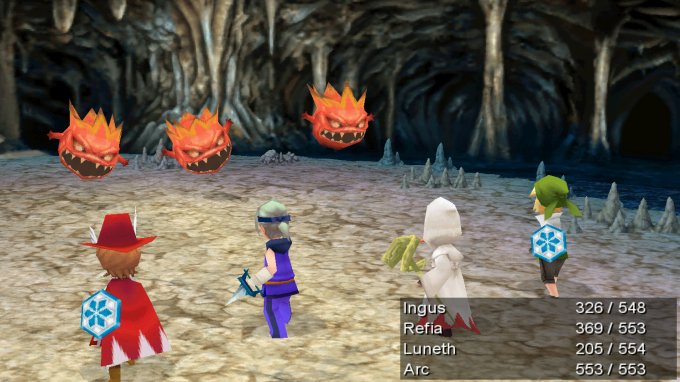 Good news JRPG fans! Square Enix Ltd. has announced that Final Fantasy III with be coming to Steam, with a few extra bells and whistles to complement the platform. Not content with a straight port, Square Enix intends to update the game with a few “visual tweaks” to the visuals, as well as Steam Achievements and Trading Cards, which is always a nice touch.

Following its release way back in 1990, Final Fantasy III became the first entry into the franchise to sell over a million copies, and introduced the job system (allowing characters to change classes) and summoning, both of which have become staples in the series. The game was later re-released in Europe for the Nintendo 3DS, and now marks the fifth Final Fantasy title to hit Steam. For a recap, they provided a short summary of the story’s humble beginnings:

Protected by the crystals of light, the once peaceful land has forever been changed by the great tremor. Without warning, the earthquake pulled the crystals into the earth, upsetting the world’s fragile balance. It seems as if all hope is lost – but as the Gulgan prophecy foretold, four souls blessed with the light shall once again restore balance to the world.

Near the small village of Ur, fate guides Luneth to a sentient crystal that changes his life forever. As the light of the crystal fades, Luneth embarks on a journey to seek three others who share his destiny to search for the remaining crystals, and fight the battle of light and darkness.

Eager to get your hands on Final Fantasy III? You can check out the Steam page or pre-order it straight from the Square Enix Store. No word on an exact release date yet, but the price has been confirmed to be $15.99/€12.99/£10.99.