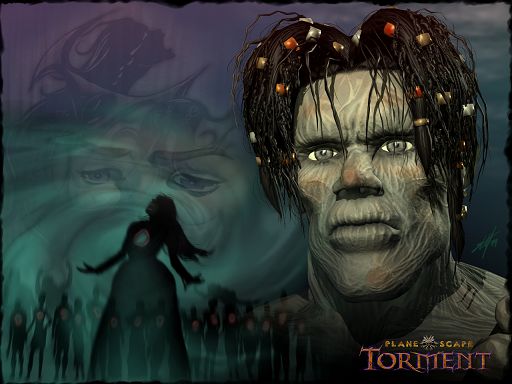 Torment: Tides of Numenera is an upcoming RPG, a spiritual successor to award winning 1999 title Planescape: Torment. The game is currently in development by inXile Entertainment and will be using the Unity game engine. Torment was successfully funded through it’s Kickstarter campaign with a total of $4,188,927 pledged by 74,405 backers, which is really compelling, if you ask me.

So what makes Torment different from every other RPG? Just like the previous Torment game, which is still considered one of the best RPGs of all time, Tides of Numenera will be an emotional and a story driven experience. The combat will be taking a secondary role, while the interactions between the protagonist and the world around him will be the primary focus of the game.

Torment: Tides of Numenera retakes Planescapes idea of not belonging to the world you are in. Your protagonist, the Last Castoff, is a final entity of the ancient man, who managed to find a way to leave its physical body and be reborn in a new one. But every time a body is left by the Castoff, it is reborn with a consciousness on its own. The protagonist has to explore the world to seek and destroy his ”creations”.

If you played Planescape, you know that making deep philosophical decisions is a big part of its universe. Torment will also feature a lot of decision-making and a complex dialog tree.You start the game by choosing the gender of your protagonist, and by that moment he/she will  basically be a ”blank sheet” with no personality. You will spend a lot of your time reading and forming your characters personality by choosing your way to interact with the world and its characters.

Another fascinating thing about Torment is that the developers are actually asking the fans what do they want to see in their game. Community can vote on everything from the changes in the  UI to ”adding a guy in a yellow shirt” on the official Community FAQ site.

Currently, Torment: Tides of Numenera doesn’t have a specific release date, but fans are hoping it to be in early 2015. It will be nothing like most modern RPGs. I think it will be worth checking out just for it’s unique experience.