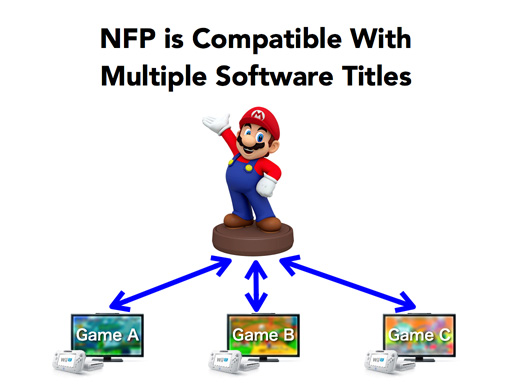 Nintendo will be releasing its own brand of NFC figurines, similar to those of Skylanders and Disney Infinity.

The figurines, which are going under the codename of Nintendo Figurine Platform, will allow you to integrate the character figures into other game worlds.

As well as a reader and writer function, the figures will also store data unique to each game, which Nintendo say will allow you to customise the figures and “raise or train your own Nintendo characters.”

The figurines will be made available for the Wii U at the end of the year. Nintendo say they are currently developing an NFC reader/writer to make these compatible with the 3DS, which they hope to release in the first half of next year.

In a presentation for company investors, Nintendo President Satoru Iwata said: “What is especially unique about NFP is that it is not classed as an accessory product of a certain software title but as a platform itself.

More information regarding the NFP’s will be revealed at E3, including the first batch of figurines and what games will be compatible with them.

Iwatu finished by saying that having these figurines on store shelves: “Will provide exposure for Nintendo, play a great role in raising our brand awareness and create more opportunities for consumers to play video games.”

What are your thoughts on this decision by Nintendo?