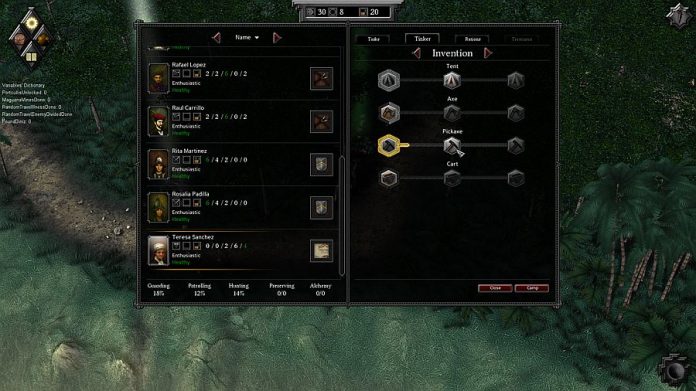 If you show me a game that has hexagons in it and even the slightest thing that makes me think “Heroes of Might and Magic” or “Jagged Alliance” (or both), then I am completely ecstatic. And Expeditions: Conquistador is that game that made me feel ecstatic and completely amped up about it. And even if it had no hexagons, I am pretty sure I would’ve loved it still.

Expeditions: Conquistador is a “tactical roleplaying game with a touch of strategic resource management and a pinch of choose-your-own-adventure,” as its developers, Logic Artists described it. It all started as a successfully funded Kickstarter campaign late last year and ended up amazingly: the game is set for a release by the end of February 2013!

In this game you will be put in the shiny metal boots of a Spanish Conquistador during the 1500s, one that has the quest to explore and conquer, meet all sorts of characters, and then fight a bit more. Forget about hundreds of troops that you can lose and replenish at will! The game gives you a team and you will get to care about all members (possibly something similar to what happens in X-COM Enemy Unknown), which in my opinion not only adds to the challenge, but also to the overall value of the game. Because if a game makes me CARE, then it’s certainly top notch.

Choice and consequence is central to the play experience of Conquistador. As the leader of the expedition, you will face difficult decisions about the use of your troops and your resources, as well as how to engage with the factions of the savage New World. Will you defy history and be a diplomatic envoy of peace? Or will you be a ruthless conqueror determined to lay all of the Aztec Empire at your feet? That’s totally up for you to decide and you have just a little bit of waiting to do, as the game will be ready to play by the end of the month.

You can get your own copy of Expeditions: Conquistador from the official website, and make sure you do so because there’s history to rewrite!