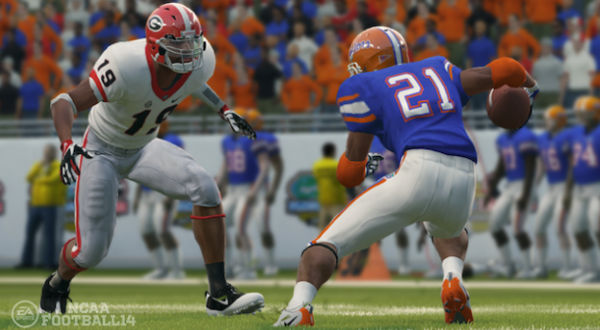 The NCAA (National Collegiate Athletic Association) has announced that it will not “enter a new contract” with EA following the current contract’s expiry in June 2014.

A statement on the official site declares that NCAA Football 2014 will be the last college football game made by EA that will be able to use NCAA’s name and logo. Apparently, “given the current business climate and costs of litigation, [NCCA] determined participating in this game is not in the best interests of the [organisation].”

The statement also declares that NCAA has “no involvement in licenses between EA and former student athletes.” In addition, individual universities and colleges will in charge of their own licensing, and so will have to “decide whether to continue [the prior] business arrangements in the future.”

In a statement released on their own site, EA has declared that it will continue to make college football games. While it will lose its contract with the NCAA, EA seems confident in its “relationship with the Collegiate Licencsing Company,” and so intends for its next title to “feature the college teams [and] conferences” expected from EA Sports