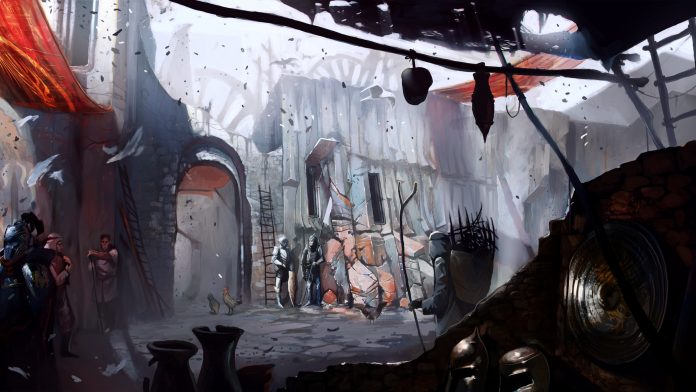 Dragon Age 3 will be the great finale for the Dragon Age series. The judgment day is imminent as the storyline utterly meets its closure but first of all there is still a tremendous battle to be fought and a decision to be made. It’s time to take the famous leap of faith that Flemeth spoke about on Dragon Age 2. However, the series dilemma is and has always been: mages or templars? Once again, players have to choose a faction and defend it with everything they’ve got. Or perhaps Bioware will introduce a middle term storyline this time, where the inquisitor can actually work out with both factions, recreating a world where the two forces can co-exist in harmony. Dragon Age 3 is the game with the most production time from the three games, which means the series closure can be expected to be astonishing and surprising. Everything comes to an end but there can be many ways to close a story, especially when it comes to a non-linear RPG. Considering the previous events in the last two games and the available information about Dragon Age 3, what are the possible endings for the series?

1. Templar Domination: The Ascension of Tyranny

The Templar Order and its obsession about containing mages has been one of the major themes of the series, the organization is however divided. The radicals defend that mages have no right to be free, they’re seen as savage beasts blessed or curses by natured with tremendous powers; they’re too dangerous to be on the loose, as so imprison seems the only valid solution. The pacifists prefer to believe that not every mage has been corrupted by demons and blood magic; freedom is a human value and as so it should be applied to every human being. In Dragon Age 1 and 2, innumerous battles were fought between mages and templars, they truly seek to obliterate each other for obvious reasons but now it’s the moment of every decision and just one faction will be able to conquer victory. As it happened in the second game, players will certainly be able to choose which faction they wish to support in the upcoming story. Helping the Templar Order will imply the destruction of all mages; the story will become a true witch hunt. It’s the inquisition – killing every human being which magic has touched it’s a must. Mercy is a rare possibility, probably some compassion will be shown to those who peacefully surrender and the circle towers will become more populated one more time. Nevertheless, a possible ending for Dragon Age 3 is exactly a world ruled by Templars, where mages will have no expression and every citizen will be forced to expose the apostates; the whole society will be run by fear and oppression as the tyranny rises and spreads widely and magic will be an art condemned to extinction, as it’s practice is a death sentence. 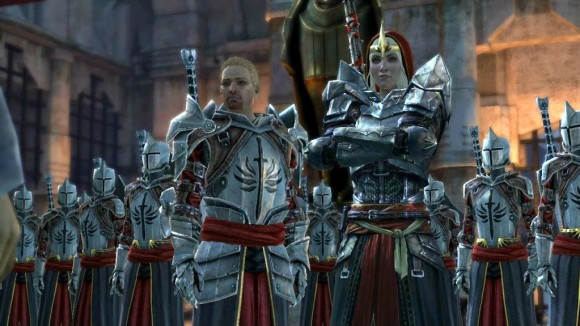 2. Mage Supremacy: Freedom Above All

Being a mage implies way more than simply cast spells, with great power comes great responsibilities. The extreme superiority of mages towards simple humans turned them into slave masters (magisters) as it happens in the Tevinter Imperium. Besides power hungry, mages can be easily corrupted by demons. No wonder, the Templar Order has become so powerful and its hate towards mages is colossal. Mages can incarnate demons amongst the living but they can be agents of tremendous good deeds too, it’s all about choices. Mages are still humans however and it’s known that evil is everywhere. Another possible ending is through aiding the mage faction and making their supremacy dream real. Fighting mage hunters and destroying their monasteries will be the only way to free those blessed by magic, as their ranks are filled with fanatics who will never allow magic to freely spread across the land of Thedas. A world with no templars would be very risky though, as many mages use and abuse their natural powers. We have seen the true evil roots of magic in the second game and what its able to do, even with a justified reason, it clearly started a war. The alternative to tyranny is a supremacy lead by magisters, once again fear and oppression will be unleashed upon every city. Freedom has a high price in Dragon Age, not just for mages but for everyone. Every power needs a counter force in order to ensure balance is never broken.

3. Templar and Mage Co-Existence: The Republic of Sword and Spell

This is a scenario that has never happened before in the series but it can become a possibility in the last game for several reasons. First, the third game has been under developing for a very long time and second, everything will be set and meet a closure in Dragon Age 3, so the options should be realistic and diverse; the world isn’t simply defined as black and white, there’s way more than that. Make the two factions, mages and templars, co-exist seems completely impossible and unlikely but not unreal. In every war, there is always a winner and a loser; however there can be pacts of peace as well, agreements that allow both factions to subsist under certain rules, approved by both sides. Why can’t this be a possible end in Dragon Age 3? I honestly think that both factions need each other to survive, they’re too powerful and dangerous if let alone by themselves, they need a regulation counter force to keep them from breaking the line, from become a real treat to the world itself. And that can only happen if the two factions can co-exist in freedom and in relative peace. Eventually, the cycle would repeat itself, as one party will grow stronger and claim its right to destroy the opposite force but that would be just a possible story for a new game. This ending option seems the most reasonable and logic for the world of Thedas, it’s probably the happy ending from the fairytale stories considering the alternatives but at least citizens wouldn’t have to face oppression from an extremely powerful faction, freedom wouldn’t be an ideal on the book for mages, corrupted blood mages would be imprisoned by templars with every right and towns wouldn’t have to fear magisters anymore. The republic of sword and spell would elevate itself in a mist of harmony and true balance between potencies. 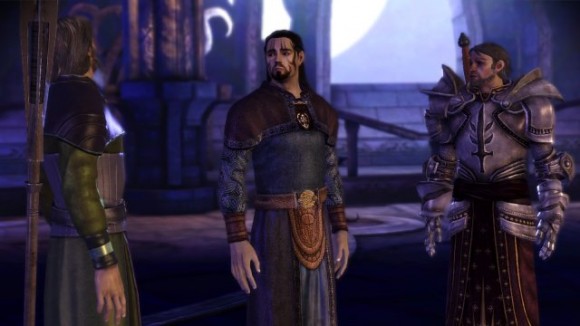