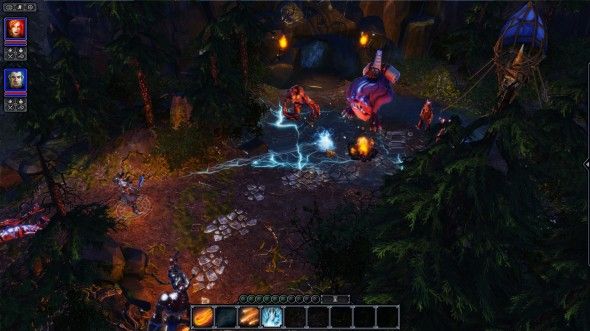 Belgian developers Larian Studios are taking it back to the basics with their upcoming game Divinity: Original Sin, an isometric RPG that promises to “address frustrations with Divine Divinity” and overall a title that looks like a real hit in the making.

Divinity: Original Sin will take place exactly before the action in the original Divine Divinity and the game will end exactly where the original started. But this won’t be just a prequel or a “back to basics” type of game. Instead, it will feature a dedicated co-op story, as well as turn based combat for the extra juice.

The story in Divinity: Original Sin is also pretty cool: there are two protagonists in the game, an amnesiac murder victim (a woman) and a hulky man that can take some damage. Add to that the fact that combat in the game itself is built for co-op play and you’ll have a very solid interaction with your character, with whom you will have to agree on multiple aspects while playing the game (like killing or letting a drug dealer live).

And yes, I can say that I am really excited with how Divinity: Original Sin sounds like!