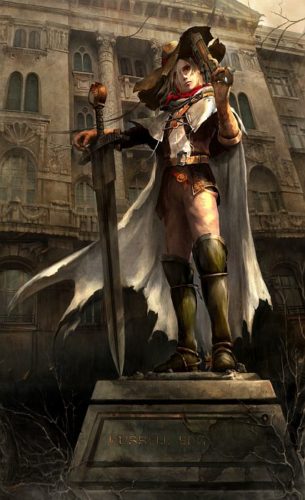 Indie developers NeocoreGames have revealed an extremely ambitious project they’re working on, The Incredible Adventures of Van Helsing. The game is an Action RPG that has a great premise and a very interesting teaser trailer, one that tickles my pleasure spot like few games managed to. Even if there are no ladies involved!

Back to the Incredible Adventures of Van Helsing, Nerocore Games promises “fierce and demonic battles” that put the legendary vampire killer into a modern light, perfectly suitable for modern audiences. Without Bela or any glittery vampires, fortunately!

The Incredible Adventures of Van Helsing is set in a gothic-noir universe resembling a fantastical 19th century Europe filled with monsters, magic, and weird technology, and it will follow the son of the famed hunter in a tale wrought with wry humor and snappy dialogue. Van Helsing, a larger-than-life hero possessing a dark yet romantic charm, will follow his path to the dismal land of Borgovia where former supernatural foes have enlisted his help to defeat a new scourge terrorizing the ravaged Eastern European city.

As I said earlier, there’s also a teaser trailer released by the developers and you can check it out below.

Hmm, this little Van Helsing does have a Japanese touch and I initially thought that Nerocore are a Japanese based studio, but strangely they’re from Eastern Europe. Still, that looks like a VanHelsinguu. And honestly I don’t mind!