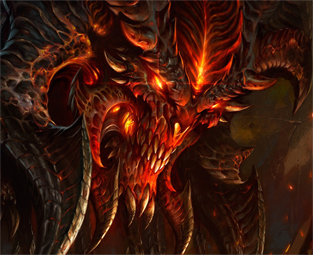 Blizzard has confirmed that the newly announced Diablo 3 Ultimate Evil Edition for the PS4 won’t support remote play with the Playstation Vita. Level designer Matthew Berger told Gamespot that the feature won’t be available at least for the time being.

“Not really. Not for the moment,” Berger said.

The major reason Blizzard opted to not include the remote play functionality, which allows players to play a specific title on both their PS3 and Vita, is because of the handheld’s smaller screen size and resolution when compared to an HD TV. But Berger did state that even though the screen is smaller, the Vita is still a remarkable piece of hardware.

“The Vita is an amazing piece of kit, but the screen is still smaller,” he said. “And when you look at–and also it has its own aspect ratio–and when you look at Diablo III, there’s a lot happening on-screen already. You get surrounded by your enemies, lots of effects flying off in every direction. The inventory can be pretty complicated to navigate sometimes when you have lots of items.”

Berger did reiterate that the lack of Remote Play still might just be a temporary thing, as Blizzard are constantly thinking about how to include the function.

“So it would be a little bit more of stretch. It’s kind of percolating in the back of our mind, but we don’t really have any plans right now,” he said.

DIablo 3 has sold over 14 million copies since it launched last May. The game will make it’s debut on the PS4 in 2014.