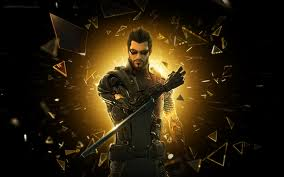 Those of you yet to enjoy Square Enix’s excellent Deus Ex Human Revolution now have a perfect excuse to give it a try. The Directors Cut has just been released in North America, with it arriving to Europe on the 25th October, and it is more than just the original game with the DLC included.

Perhaps the biggest advancement included in the Directors Cut is the inclusion of SmartGlass, which will mean the touchscreen will be used as Adam Jensen’s primary neural hub enhancement, according to the blurb. The trailer showing the touchscreen as being used for the hacking mini game as an example of what it will be used for.

All the DLC is obviously included, with “The Missing Link” and “Tong’s Rescue” being the notable ones, and will apparently be integrated within the narrative of the game so that it flows better.

There is also a promise of improvements both visually and mechanically for this release. The Boss Battles have been reimagined, a refinement in game balance and combat, an improved A.I and updated graphics. If that’s not enough there is an inclusion of over eight hours of director commentary for you to enjoy.

The list of improvements seem like Square Enix really have put in the effort for this release, and it’s exciting to think how the little tweaks will affect and improve the game.

Check out the trailer below and see whether you think it’s worth experiencing Deus Ex if you haven’t so far:

It is also worth noting that Square Enix currently have an additional incentive if you buy the game from their store, with the Novella “Fallen Angel” included.

The novella, created by James Swallow, the writer behind Deus Ex: Icarus Effect, tells the story of Malik just prior to the events of Human Revolution and is a must have for any Deus Ex fan.