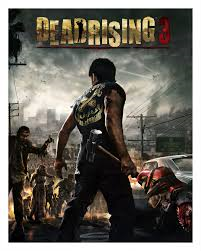 More details have been revealed about Dead Rising 3. Capcom Vancouver has announced more details surrounding the games co-op mode, which sees protagonist Nick Ramos team up with a big-rig truck driver by the name of Dick.

Dick is someone who stopped in “the wrong diner on the wrong day” will not only be featured in co-op and will be present throughout the single player story, however will be a more active character when a friend joins you in game.

The co-op experience is made better by the inclusion of special vehicles which require a second player to control, with one feature being to electrocute the zombies that block your path. Also of note is that Nick and Dick will not be ‘tethered together’ and can be a significant distance apart from one another at any given stage.

Perhaps the best feature announced in this update is the more flexible completion in co-op. In a similar vein to the co-op of Gears of War and Crackdown, if you have finished Chapter 1 in single player and join your friend in Chapter 4, it will say you have completed Chapter 4 in single player. Once you complete Chapters 2 and 3 by yourself, you will then be given the option to skip to Chapter 5.

Additional, non-co-op notes to be made is that the Psychopaths will take on human form as the seven deadly sins: Lust, Gluttony, Greed, Sloth, Wrath, Envy and Pride. The revealed Psychopath that takes the form is Greed is a smoking surgeon.

Also revealed was that the game world of Dead Rising 3 is larger than the worlds of Dead Rising 1 and 2 combines, according to executive producer Josh Bridge in an interview with Financial Post.

“With the Xbox One, we had the ability to make a way bigger world, and way more detail can go into that world,” Bridges said. He said that they really wanted to go open world and cut out the load screens of previous games. The development team behind the game also estimates people will be spending about half their time in vehicles due to the size of the map.

Dead Rising 3 is an Xbox One exclusive launch game, which will be arriving on November 22nd.