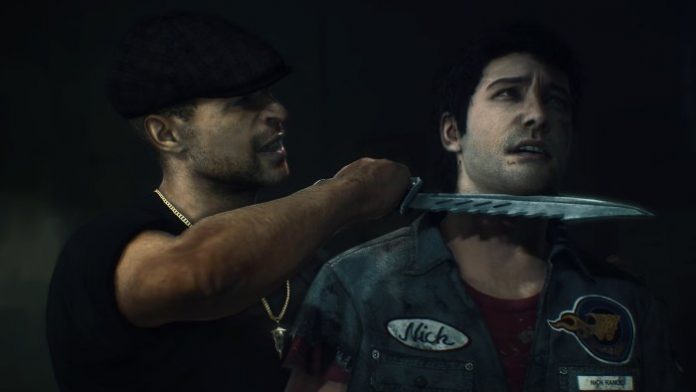 The new DLC for DR3 is in a series of “Untold Stories” which focuses upon other survivors stories during the Los Perdidos outbreak. While you play as the survivors themselves, stories are told from the overarching perspective of a narrator watching.

The first in the series is “Operation Broken Eagle” where you play as character Adam Kane, a spec-ops guy leading a team of elite soldier on a mission to KILL THE PRESIDENT. I know, kinda escalated quickly!

You play on the same map as in DR3 and with the same character progression; so if you had already found all the blueprints and upgraded your player in the main game, then Kane starts with all those upgrades too. In my opinion, this is both good and bad as there’s no real extras that Kane has (no special combat moves or experience tree.) Its good due to playing as a different character and having different missions, but with no special combat moves, it seems a little repetitive.

The interesting thing about Kane is that he’s the enemy; part of the government program that’s [mild spoiler for the main game] spreading the zombie disease. You don’t have a safe houses to hide in, you gain experience by contaminating safe houses. That seems like it’s making the DLC worth buying.

Kane is also military. This means that he has the backing of the special forces branch of the army behind him. I wonder if there’s a tank?! Ooooh, there is, I hear you say?! Definitely one good reason to get this DLC! Who doesn’t want to crush and devour the undead?

Sadly, there is no multiplayer for this expansion of the zombie killer game.

This Dead Rising 3 DLC seems interesting and could be a hit. I still do think that Capcom should have added in something other than some small features, but I guess that’s what a DLC is… Maybe I’m expecting too much out of the DLC. After all, it’s not a Dead Rising 4, it’s just a DLC. I do like the fact that this is just one of the stories within the DLC’s. I think we’ve got our work cutout!

If you don’t have DR3 yet, I highly advice that you get it. Why? Well I got the game for Christmas and became  addicted! The missions and objectives are great! I think one if my favourite features is being able to combine weapons and vehicles. Even though you can combine food, I always forget about that feature, maybe I’m just too good at the game to worry about food, or it’s just because I’m immortal…. Velox! Oh inside jokes, how you amuse me. OK back on track!! This is not twitter were I can talk about any old rubbish!! Moving on, another reason why I love Dead Rising 3 is the gore and violence. I know it may seem a little strange coming from a girl but I think it makes the game more entertaining. Who doesn’t want to rib their way through mass amounts of zombies, splattering blood everywhere! I do feel like the game could be improved by not having zombies with guns. Although it is pretty badass, I just think that the idea is a little silly. That’s just a few reasons why Dead Rising 3 is awesome!

Why not leave your ideas and opinions in the comments below?