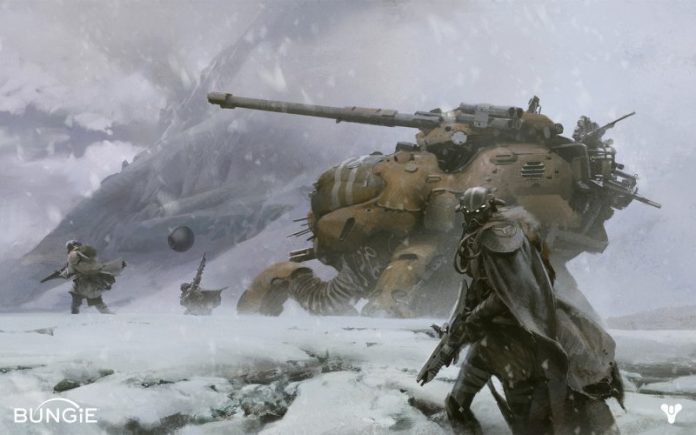 I know its a big claim to make. I know other game developers have claimed their latest game is going to change everything. Naughty Dog promised an online experience unlike any we’ve ever seen, and though that may have been true in some respects, it certainly wasn’t enough to change gaming forever. But how many games have actually changed, well, anything. Speaking strictly about first person shooter games. The truth is, barely any.

Halo on Xbox has arguably had the biggest game-changing influence on the first person shooter genre for consoles. It’s a pretty safe bet to say that without Halo’s online play we wouldn’t have annual Call of Duty games. That if Bungie had retained and continued to pump out Halo installments, COD would never have had the chance to become the giant it is today, and Halo would still be the biggest gaming franchise on the market.

So if you were to say what single company has the capability to change a genre forever, the answer should be Bungie, because they did it before. And they’ll do it again.

But how? Call of Duty isn’t just the only competitor, not anymore. Titanfall has been doing exceedingly well, there are other franchises, like Assassins Creed, that people would rather put their time into. So whereas before Halo became a phenomenon by being one of the first games, the first major game of its kind, to support online shoot-em up matches, introducing the world to Xbox Live, this is certainly no longer the case. Even at Destiny’s release (September 9th) there will be a ton of games it will have to compete against, other franchises vying for your hard-earned money. Microsoft might be pumping $500 million in to making Destiny as visible as possible, but will that be enough to convince a die hard Call of Duty fan to buy Destiny, and not, say, Advanced Warfare?

So why do I still think its possible? Party because of the timing. Don’t get me wrong, Titanfall is an amazing game, but it hasn’t come close to beating out Call of Duty. If Titanfall came out during the era of Modern Warfare 2, it would still be gathering dust on the shelf. But COD is by no means what it once was. It’s safe to say the franchise has been falling apart since Black Ops, and Ghost, which was meant to be a game changer, was nothing of the sort. It might just work out perfectly for Destiny to swoop in and steal all of COD’s fans, and convert them to Bungie. Maybe even back to Bungie.

Partly because Destiny seems to be attempting, and by the looks of it succeeding, at pulling off everything the games industry have either attempted to do, or failed to do well. According to this article, Destiny is nothing more than an MMO with fairy lights, for many that sentence would have potential players salivating for a copy, for others it might have put them off. But here’s the thing, MMO’s don’t suck, on the contrary MMO’s can be quite good. What sucks are the banal quests, grinding, and the sticky third person camera. But Destiny is offering none of that. Instead, other than just Raids, and Strike mode, both of which typify typical MMO models, there is the campaign, a straightforward shoot-em up played online, and Faction Wars, the fancy name for Destiny’s deathmatch mode. What this offers is variety, Raid, Strike and Patrol are all fairly new systems with perhaps enough innovation to give them their own personalities. If not, they’re something new for FPS’s, even if there not new for MMO’s. If the game is more MMO like than Bungie would like to admit, and the leveling up and role-playing have some depth, then that will be even better. Of course, it isn’t impossible that those factors will fall flat on their face, and areas of the game will simply be a pointless drag. But this is Bungie, if you put faith into any game developers for pulling off a decent FPS, it should be them.

Strike mode, for example, groups players together for a number of objectives, such as to defeat mobs, or bosses, to progress and finish. So, yes, very similar to the party and dungeon system of numerous MMO games. This-sounds-awesome. If we’re stuck in MMO mode, at least we have decent control, (rather than click-to-kill) and still we’re exploring the world and fighting the bosses on awesome new ground. If MMO’s were more like traditional AAA games, MMO’s would be better. If Destiny can be that awesome MMO, with the feel of a AAA game, and a completely different way to play, then I, and so should you, am definitely in.

Lastly there is the choice of character class; Hunter, Titan or Warlock, which put me in mind of the specialism selections from games like Battlefield, or Team Fortress 2, where a decent choice of classes would win the game with ease. The leveling up however reminds me of Borderlands. Now does a combination of Borderlands, TF2, and Halo sound bad to you? Can you think of a single way that would be bad? No. That’s good all round.

Combine all of these together, a lot of great elements, and let them play out, take them out of Bungie’s hand, put them in the players – in your hands – and let it fly, and see what happens. If all of these new game modes work together perfectly in a way that feels familiar, like normal deathmatches, but in a few new modes and with a new way to play, we have a winning formula. It might be enough to win over millions, and change every first person shooter game that comes after it.
Do you like these changes and additions? Do you think they’re enough to change the way we play FPS games?