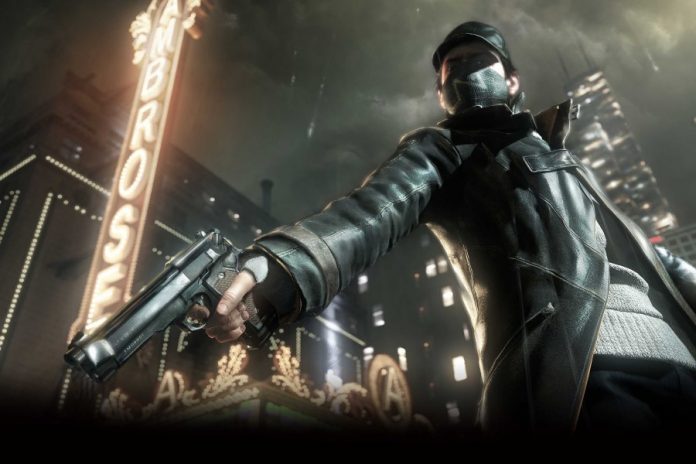 With the release finally being less than two weeks away, which should get you very excited, now seems as good a time as any to put together everything that we know about Watch Dogs. Here’s the little that we know, just to get up to speed and in the mood for everything this brilliant looking game is promising.

First things first, the story. Ubisoft Montreal have done their best to keep the story under tight lock and key, telling us as little as possible about Aiden Pearce’s journey. We have of course been drip-fed bits and pieces to whet our appetite, giving us snippet after snippet of game-play mechanics. Seemingly the story is a very simple tale of revenge. According to the developers, Pearce, and his talents for hacking, has captured the attention of the wrong people, culminating in a chase that ended with the death of his niece. We join Pearce here, as he seeks those responsible. Whether that is for answers, or for revenge, we haven’t yet been told. What the developers are assuring is that the story is more than just revenge, and more than just a chase after the culprits, that there will be some exciting bumps in the road for the player to endure.

The developers have said the story goes much farther than Pearce’s own story, farther even than Pearce himself. The core mechanic, and the pulse of the idea around it, questions our safety and secrecy in a world so inter-connected. The developers have avoided questions surrounding the actual plot by telling us about what the world Pearce inhabits is like. The story revolves around the smart phone, as the access through which secrets are gathered, through which everything we hold dear is laid down for Pearce to see. Very early demo’s have seen this at work, scanning an NPC to gather information on them. Income, health, security level (likelihood of attack) etc, etc,. So the story becomes less about the characters and seemingly more about the idea of what we have sacrificed by allowing all of our secrets out into the open.

Second of all, the game-play mechanic; the hacking. This is the core, the very heart of the game. This is what everybody is so excited about. The idea of using a smart phone to do just about everything in the game. We have seen game-play of this mechanic at work, of Pearce changing traffic lights to cause a crash for his target. Or raising and lowering drawbridges which serves to either trap a person, perhaps killing them, or as an effective way to make good your escape, cutting off the pursuers. The city is riddled with CCTV camera’s, all of which are hackable, and provide you with as many eyes as you need. During a tech demo we watched as Pearce scrutinised each NPC, full biographies visible over every-single inhabitant of Chicago, chose a man with a fancy job title, and hacked into his bank account, withdrawing his money into your pocket straight from the ATM. This is all made possible by the use of an electric grid which controls and is connected to every electronic system in the city, this is the CtOS (CenTral Operating System), and it’s what you hack into.

Rumours have said that as you progress your hacking abilities progress too. Meaning at the start of the game you have only the core abilities at your disposal, and as the game progresses, so does your grip over the city. This might leave a number of people upset, if all you want to do is power-down the city and watch as the people panic. But it’s a slow method of easing the player into a complicated system. It would certainly be inadvisable to throw everything that is possible at the player at once. Not just from a technical point of view, but from a game-play, and a story one too.

Aiden Pearce is not the only hacker in town. A few weeks back we were given another tease in the form of a character trailer, introducing the main characters, and describing them in ways that aren’t very wholesome. Pearce certainly seemed edgy around them on-screen, pointing a gun at one, and not describing the others wholesomely. It ended with a tantalising voice-over; “In a city of 3 million people,you’d be surprised  how few you can trust”. As of yet who the characters really are, what role they have to play, and what they are to Pearce remain a mystery. Certainly they were introduced in the way you would introduce a team of allies, like the A-Team, but I certainly didn’t get the vibe that they would help Pearce no matter what. Quite the contrary.

Of course we can’t forget the city. In this video, which explains everything, we see a detailed version of the real-life Chicago, painstakingly crafted into the game, as a 1:1 model, featuring all the most well-known locales and sights. Which in itself is a very impressive feat. From there the city has been added to, to make it more accessible as a game, to the player. Security cameras have been added in, more ATM’s, all of which provide a platform to move the story forward. The city has become a hyper-connected grid of power and accessibility, all of it vulnerable to someone who knows how to get into it, and has the intent do so.

I know that a lot of people dislike a game that ought to be inherently single-player, be turned into multiplayer. I heard the same arguments about Assassins Creed: Brotherhood, whose multiplayer was, eventually, well received. In Watch_Dogs gamers can enter other peoples worlds (yes, like Dark Souls) and pose as an NPC to toy with the player, or city, as they wish. This combination of the multi-player and single-player is purely in the hands of the player, it can be turned off, or set so only friends can enter your world. What the benefits and drawbacks of this (other than death) are, are yet to be told. Whether or not this player can aid you in missions, or what their limitations are, is only speculation. We may not find out until we have the game booted up in front of us. Without knowing a good purpose for the multi-player, it does feel like an unnecessary addition included for the novelty. This may not be the case, and the multi-player might turn out to be a fun, vital part of the game that people prefer to divulge, rather than avoid. Only time will tell.

The city is full of individual NPCs who Ubisoft have promised are all different. Who express different reactions and different personalities. Easier victims to rob, or attack, and the ones to avoid who have powerful friends. NPCs can be attacked, and robbed, allowing the player the choice to intervene, at their own personal risk, or to ignore the proceedings and continue on, like nothing ever happened. These randomised events happen all over the city and the player can choose to do as they wish, and deal with whatever ramifications are borne from it when they occur.

Lastly is transport. Because a city this big would suck to have to walk over. The city is thriving with cars and bikes that you can steal, all of which are accessible through the CtOS. Trams and trains are also available, and can be stopped, and directed, and drove at the players whims. Being chased? Stop the train with your phone, hop aboard and get the hell outta’ there. The city is also accessible through foot, utilising a nice bit of parkour can get you to the roof of a building, or across roof-tops. How parkour heavy the game will be is difficult to say, Chicago’s rooftops won’t be as accessible as any of the Assassin Creed games were, so it makes it hard to judge where the emphasis for traveling will be. Whether or not boats can be driven hasn’t been mentioned, which drives me to think they are not. But who knows? I’m sure Ubisoft don’t want to give too much away, and spoil the surprise.

I’m not without my misgivings. We gamers have been promised an awful lot pre-release only to be mightily disappointed. What makes Watch_Dogs different is that we haven’t yet explored the capabilities of the new generation of consoles, and that is what the game is trying it’s best to do. Perhaps not every single NPC will be individual, after all, there are hundreds of them. What other limitations there might be depend on what you want out of the game, the combat may be lacklustre, or the accessibility of the city through the CtOS might not be quite as extensive as you wanted, or imagined, or we have been promised. But are these little naggling doubts enough to dissuade me from handing back in my pre-order? Or waiting in the queue at the midnight release to play it as early as possible? Certainly not! This game looks to me like it will be in with a good chance of winning Game of the Year, and it wouldn’t surprise me if it did. So I know I’ll be waiting to pick up the game at 12:01 on the 27th of May, will you be?