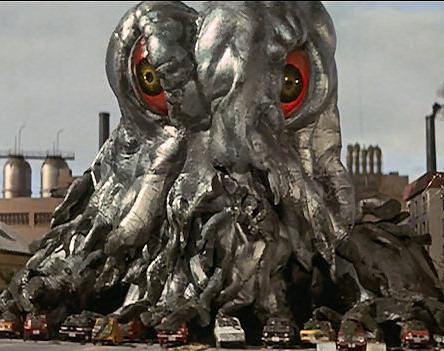 This weekend, Godzilla is once again being unleashed upon audiences around the world and to celebrate the Big G’s triumphant return I’ve been catching up on the kaiju star’s greatest rampages into the world of video games. But, surprisingly for a series that now has thirty entries (or more, depending on your personal canon) there are actually very few tie-in games, or even games that take specific scenes from the films as their direct inspiration. And while I still haven’t gotten around to the mobile game inspired by the 2014 film, Godzilla: Strike Force, I have had the opportunity to think on some other Godzilla films that might translate well into a medium that’s already given us so many truly masterful monster hunting experiences.

Although arguably not the best of the series, Godzilla Raids Again is often underappreciated for both its historical significance (being the first movie wherein Godzilla fights another giant creature, namely Anguirus) and its abundance of action. The latter is what makes this a perfect candidate for adaptation. While most of Toho’s monster mashes actually focus on groups of scientists and bureaucrats arguing about the best way to handle the ever-increasing property destruction around them, Raids centers on two pilots who are frequently mixed up in the various and massive melees. 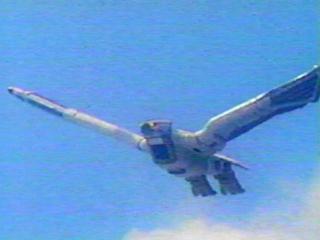 With a “b plot” centering on criminals on the lam whose luck goes from bad to worse, a fiery night time set-piece contrasted with its icy climax, and more military action than several of the other early installments in the franchise, there’s plenty to choose from as far as inspiration goes.

Plus, if you want to add the stylistic flourish of making a game in black-and-white, you can do that here without also having to touch on the various scenes evoking nuclear devastation present in the original.

Another divisive film and another entry that’s ripe for the video game treatment, Final Wars is basically Destroy All Monsters-meets-Torque. It’s loud, dumb and filled with awful, awful music. 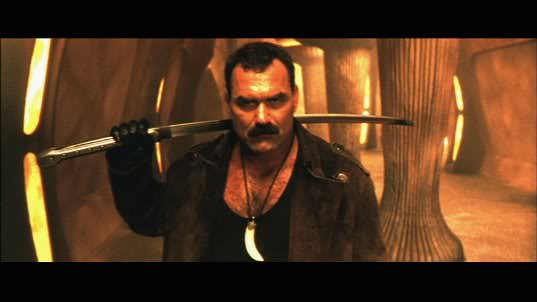 “Only butt rock is awe-inspiring enough to accompany my mustache!”

But it also delivers the goods in spectacular style with some of the best (and costliest) suitmation effects that Toho has ever put to the screen. If you’re looking for a movie in which Godzilla fights basically every monster ever then this is for you.

And while that doesn’t do much to distinguish it from Pipeworks Software’s excellent fighting game series set in the Godzilla universe, Final Wars has the advantage of involving its human protagonists in some of its truly over-the-top action sequences. Variety is the spice of life, after all, and being able to do motorcycle-kung-fu between bouts of brawling your way through buildings is a pretty potent mix. 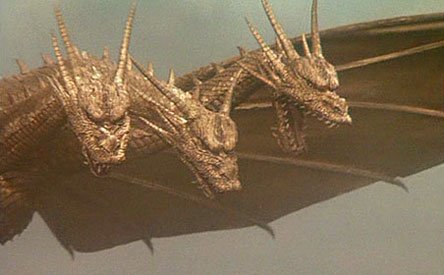 “This isn’t even my final form!”

The 90s gave us what still stands today as some of the absolute best Godzilla films of all time, including this gem about time-travelers and androids and a straight-up Mecha-Ghidorah. It is exactly as cool and as dorky as it sounds and I would love to be able to play through some of its scenes.

The advantage here is that there are competing human factions which can provide us with multiple viewpoints, along with some cool tech and fun shoot-outs. Add on top of that several big kaiju battles that already seem like they’re set up with video game logic and you’ve got a lot to work with right off the bat. 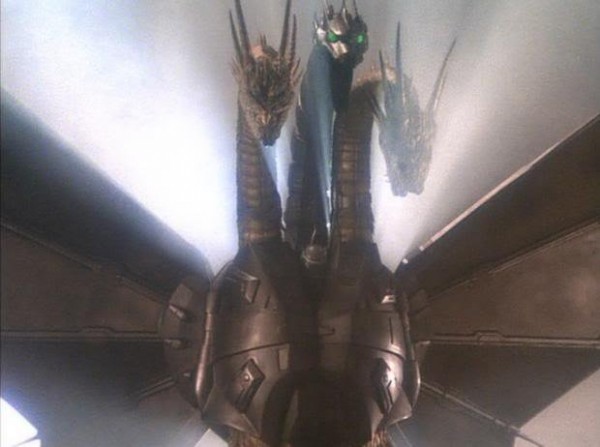 “But this totally is! RAAAAAAAARGH! Metal head!”

I imagine this would need some fleshing out since the human characters are still mostly on the sidelines and still mostly chatting rather than fighting but all of the elements are already in place for a fun time battling metal men and messing up history. In fact, with its theme of time travel only being good for making bigger and more monstrous… um, monsters… you could even just use the plot as a launching pad for all sorts of craziness. Imagine Super Time Force but every time you use your time skills the boss gets bigger and its pattern changes. What kind of insane beasts could you end up creating by mistake?

In its original appearances, Mechagodzilla was basically a robot that could do its own thinking as well as its own fighting. That’s pretty cool, sure, but I’ve always preferred the version from the 80s/90s reboot series and the similarly origin-ed re-rebooting in the early ‘aughts. In both of those, the big tin lizard is piloted by humans trying to take down Godzilla. So, yes, Pacific Rim. Or Power Rangers. Or Super Sentai in general. Or Neon Genesis Evangelion if the only anime you know is the stuff that Cartoon Network aired, like, a decade ago. 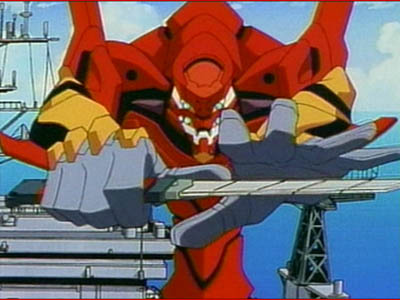 “Please stop referencing all of the parts of me that are actually references to other stuff. Thank you.”

But there just aren’t a whole lot of games outside of R.A.D. that capture the essence of actually utilizing a giant machine to fight an equally giant and out-of-control animal. Sure, there’s stuff that lets you play as a mech but that’s not what I want. It’s the same issue that I have with racing games. I don’t want to play as the car. I want to play as the guy driving the car.

If I’m given control of a fancy and expensive piece of equipment that I’ll likely never have access to in real life then I don’t want to have it function as my in-game avatar. Then I’m basically just playing a third-person action game with a different skin. No, I want to experience what it’s like to be the trained combatant who takes control of the high-tech military machinery and then uses it to punch Godzilla in the face.

Preferably from inside the thing so I can get super freaked out every time I see him charging up his atomic breath.

Made in the wake of the awful Roland Emmerich cheese-fest that we’ve all collectively decided to forget about, this movie is a true return to form. Focusing on the collected efforts of a Godzilla Protection Network and a group of officials in their efforts to end the threat posed not just by our marquee menace but also an invading extraterrestrial force, this one does little more than just get it all right. But at the time, that’s exactly what we needed.

In fact, there are actually quite a few films I could have chosen here, but Godzilla 2000 might still be the most indicative of the other side of the skycraper-sized conflicts on display: all of the danged clean-up! And the emergency services response and the arguing politicians and the military trying desperately to do something, anything to stop Godzilla.

In other words, make it a strategy game! And yes, I realize that there are some NES titles that took this approach but the options there were pretty limited and strategy as a genre has come a long way since then. Plus, Godzilla 2000 has both multiple monsters and aliens attempting to take over the earth. Picture X-Com but with just one more weird, b-movie sci-fi twist thrown in to shake things up. Or maybe SimCity but with the player under constant attack.

Point being, if Godzilla 2000 and the very loosely-connected films that came after it prove anything, it’s that there’s a lot of potential for different kinds of stories here. And different kinds of games. And maybe trying to nail the feel of a specific movie rather than the series as a whole is a good way to capture that.