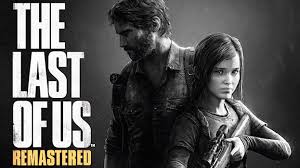 The Last of Us: Remastered has topped the UK All Formats chart for the third week running.

This means the game has equalled the three-week stint experienced by both Titanfall and Watch Dogs when they were released.

Watch Dogs manages to hold onto second place whilst Minecraft: Xbox 360 Edition manages to jump up to third to equal its highest placing of the year.

Call of Duty: Ghosts enjoys a 7% rise in sales due to a strong week for its Xbox One version according to Chart Track, which sees it propelled it up four places to fourth.

The PS3 version of Minecraft enjoys a jump to two places to fifth this week, whereas The LEGO Movie Videogame once again holds onto sixth.

Both FIFA 14 and Grand Theft Auto V drop down four places to find themselves occupying seventh and eighth, respectively.

Battlefield 4 holds ninth place for the third week running, whilst Titanfall climbs back into the Top 10.
The only new release this week, Risen 3: Titan Lords, manages to get 12th place in the PS3 and Xbox 360 full price charts.

Next week sees Diablo 3: Ultimate Edition make its entrance, so it should make a splash. Also, expect a re-entrance to the Top 10 for Plants vs Zombies: Garden Warfare (15th currently) as it makes its way to PS3 and PS4.