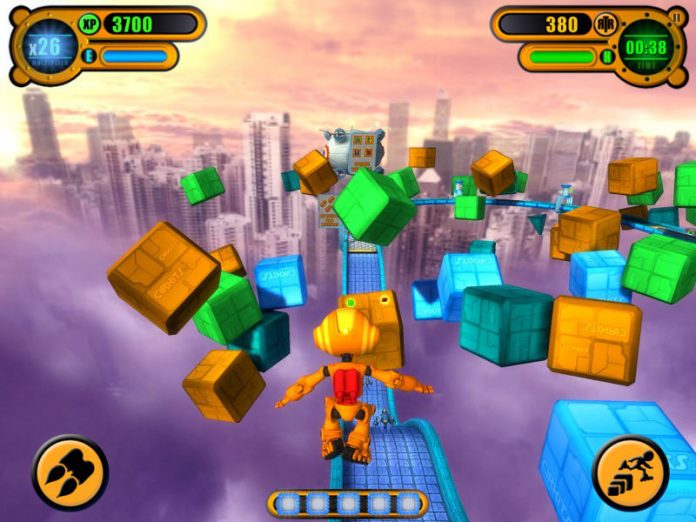 Cirkits: Toy Robot Racing is an iOS title that puts players in the role of a toy robot as they try to beat their opponents to the finish line. The gameplay is intended to combine the popular platforming from games such as Temple Run with racing and free running elements. Unlike the  flat plane present in Temple Run, Cirkits: Toy Robot Racing will allow players to move through a 3D world in order to get the edge on their opponents as can be seen in the following trailer:

Players will be able to use a boost ability in order to ram through enemies, but can also unlock an array of weapons that can be used to plow through their opponents. As they race, players aim to collect as many coins as possible before the finish line. These coins may then be used to upgrade stats such as HP, shielding or damage, and is also the currency used for obtaining new weapons.

Gamers have a few options in terms of how they race, with a selection of tracks organised by difficulty. In order to get the absolute best times, players have the option of customising their robot for optimal movement. In order to improve their racing ability, gamers will also be able to race against themselves in a “MIMIC” mode, with an enemy robot copying the player’s best track route.

As an iOS game, Cirkits: Toy Robot Racing will be featuring many aspects common to games on the platform. Players can compete with friends and upload their best times to online leaderboards.