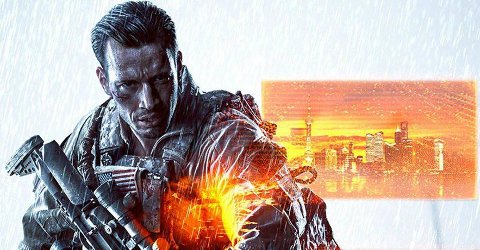 We all know the war between Call of Duty and Battlefield for the top shooter spot. Activision and EA have been battling it out for a couple of years, with Activision coming out on top most of the time. Frank Gibeau, who is Labels president at EA, was interviewed by CVG form Gamescom.

He is quoted saying: “Look, we are absolutely going for it. It’s a competition and we feel really good about Battlefield 4, and we have an old saying at EA which is ‘transition is our friend, and we’re going to try to lap them with new technology, new innovation, and new capabilities. So do I think we’re going to do better than last time? Absolutely. Something I learned from the EA Sports business–with regards to FIFA versus Pro Evolution and Madden versus 2K–these fights are good for the industry. They’re good for customers. Competition drives innovation, and from our perspective some people snigger at these two companies going head-to-head but actually it’s good for our industry, it’s good for customers, and it’s good for our dev team.”

He also noted that when EA released their first Battlefield: Bad Company game the market share was 95 to 5, with Activision dominating. He said EA has since been able to pull that market share from Activision and the numbers now are getting more even with every year.

Medal of Honor has been all but abandoned by EA, so Gibeau believes other titles have to fill the void. He mentioned Battlefield, Titanfall, and Battlefront 3 as the 3 games to compete with CoD yearly.

Battlefield 4 is due to launch October 29.