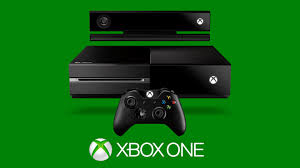 Microsoft has announced that a number of launch titles for the Xbox One will be getting special ‘Day One Editions’ especially for the early adopters of their console.

Three games have currently been announced for this scheme. These are Forza Motorsport 5, Dead Rising 3 and Ryse: Son of Rome. Each is available only through retail pre order while stocks last, or a digital version, which will be available via a download during the first two weeks of Xbox One’s launch via Xbox Live.

Day One Edition buyers of Forza will be given three cars (the 2010 Audi TT RS Coupe, the 2013 Ford Focus ST, and 2011 Lamborghini Gallardo LP570-4 Superleggera), a day one livery and a custom tuning package.

Dead Rising 3 will treat their fans to outfits of previous Dead Rising protagonists Frank West and Chuck Greene. The Frank outfit will come equipped with his Zombie Slugger weapon (a baseball bat fitted with barbed wire), a custom skill move and bonuses to his attributes that include strengthening survivors and an increase in melee damage. Those wearing Chucks outfit will be treaded to his Paddle Saw (a paddle fitted with chainsaws on either end), and weapon perks which give players better durability with weapons and vehicles.

Players investing in the Day One Edition of Ryse will be gifted the Legionnaire’s Trust Exclusive Sword as well as access to a co-op map called ‘Ruins’.  The perks of this set include the ability to invite friends who got the standard edition of the game to play this map with you, which is a nice thought.

Pre-order bonuses are nothing new, and love them or hate them; it seems they will be around for a good while. Saints Row IV was a recent example of these special early editions, so as long as there is no extra cost and you’re set on getting these at launch it’s a nice touch.