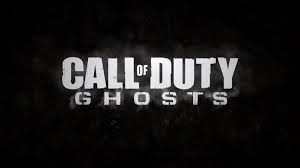 Reports suggest upcoming DLC for Infinity Ward shooter Call of Duty: Ghosts have been accidentally revealed, according to users on Reddit, and reported on by CVG.

The leak apparently came when Infinity Ward posted a Moshpit playlist on the PC version, before being taken down soon after.

The maps spotted in this playlist included: Swamp, Battery, Red River, Rumble, Gaza, Boneyard and a map called Dome, which would suggest a spruced up version of the Modern Warfare 3 map may be making an appearance in Ghosts.

The plans made by Activision and Infinity Ward for DLC was the release of four new map packs for Call of Duty: Ghosts both as standalone and as part of the games Season Pass. It has also been noted that these packs will be timed exclusives for Xbox, so players on other consoles will have a little bit longer to wait to try out the new content.

The latest game in the huge selling franchise went straight to the top of the UK All Formats Chart, and clocked in the third biggest launch of the year (behind GTA V and FIFA 14), and sold $1 billion of stock to retailers for the games launch. It is still apparently ‘too early’ to assess the total sales of the game according to Activision CEO Bobby Kotick, presumably waiting to factor in the sales on the next gen consoles when they hit stores as well.

What are your thoughts on this leak? If we do see the return of Dome would you be happy with that? Or do you think another map deserves the updating treatment?