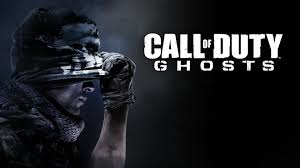 The release of the latest Call of Duty usually sees Activision announce sales figures for their first day on sale. This year though, we discovered how much stores spent in preparation of the launch.

Activision announced today they have sold $1 billion into retail stores on day one. This means the company has sold that amount of stock to stores to sell on release day, with no mention of sales figures from that stock.

What Activision did tell us is that US giant GameStop’s currently most pre-ordered next-gen title is Ghosts, with Activision saying in previous months the upcoming release of next-gen consoles would be a reason for lower orders for the current gen version of the game.

Eric Hirshberg, CEO of Activision Publishing added to this claim by stating: “we expect Call of Duty: Ghosts to be the most successful launch title for the Xbox One and PS4 by a wide margin.”

Activision Blizzard CEO Bobby Kotick is rather enthusiastic about the sales of the game, claiming: “Call of Duty: Ghosts is launching at a time when the franchise has never been more popular.”

He says: “Call of Duty is by far the largest console franchise of this generation. More people have played Call of Duty this year than ever before, logging four billion hours of gameplay. And in the last 12 months, Call of Duty®: Black Ops II, including its digital content, generated more revenues than any other console game ever has in a single year.” He also feels it is a little too early to assess the actual sell-through for Ghosts.

The game has already made an impact, hitting the top spot in the Xbox Live most played list, and adding that “the average player sessions for Ghosts have been longer than either Black Ops II or Call of Duty®: Modern Warfare® 3, during the same time period.”

It does seem quite strange to have the announcement of sales into retail without giving information on how well the game sold to the customers themselves, especially if, according to Kotick, it is too early to actually assess the sell-through of it.

Why do you think the actual sales have been kept back at this moment? Do you think Activision would like to factor in the PS4 and Xbox One sales before commenting?