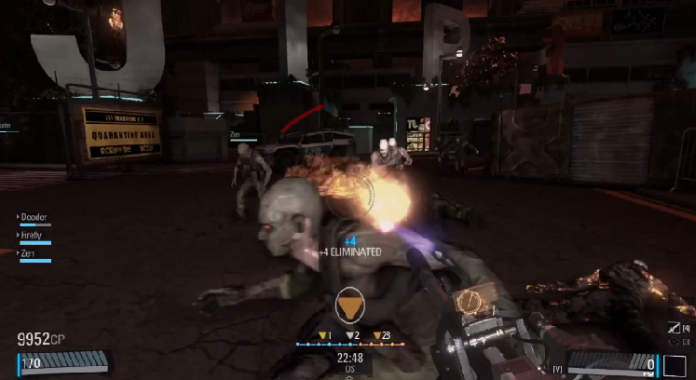 Perfect World today released a patch entitled Onslaught for their F2P Shooter Blacklight: Retribution in celebration of its one year anniversary.

This new update adds a range of content to the game, foremost of which is the new Onslaught mode. Players must battle for their survival with up to three other friends as a zombie horde descends upon them. The team will need to hold out for 10 waves as well as capture locations of interest, with players re-spawning between waves to make the mode a little easier. However, the developers have stressed that this mode can be very difficult, with a massive amount of firepower and co-ordination needed in the later stages. For a look at the combat in this mode, check out the following trailer:

In addition to Onslaught, three other modes will be added to the game. Search and Destroy pits two teams of five against each other in, one on attack and one on defense. The attacking team must infiltrate the enemy base and plant a bomb, while the defending team aims to stop them by any means possible. Search and Destroy is designed as a fast paced mode, with no respawn and 3 minute time limits in place. Last Man Standing and Last Team Standing are the final two modes and are no respawn variations on Deathmatch and Team Deathmatch. The developers are hopeful that the lack of respawn in these three modes will encourage gamers to “play cautious and coordinate with [their] team.”

Perfect World have also added 3 new maps with this update: Centre, Metro and Safehold. Centre is designed for the Onslaught game mode and features a plaza built next to an open roadway. The map is broken up by stairs and old fences, but features vantage points in key locations. Metro and Safehold are designed for competitive PvP action, with Metro built for players who enjoy tight corners and short range fights. On the flip side, Safehold pits players against each other in an open plaza surrounded by balconies, allowing players in the surrounding buildings to rain fire on combatants caught in the open.

On top of this content, the Onslaught update will also add two new weapons and tweak many of the existing guns. Following this update, players will also have more advanced stat tracking.