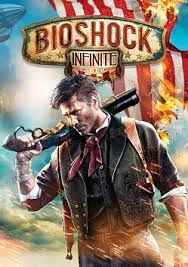 When two gaming worlds collide it can really endear fans of both franchises, and provide a great talking point for fans of one of the games. Today, a rather surprising collision of games occurred: Disney Infinity and Bioshock Infinite.

Disney Infinity has featured a created map which is advertises itself as allowing the player to “Explore a sprawling city in the sky with infinite possibilities”. The video below shows something that many gamers may recognise, as it introduces ‘Toy Columbia’, the fantastic setting to this year’s Bioshock Infinite.

The level is a piece created using the Toy Box game mode. This allows players to create their own worlds and fill them with all kinds of challenges they feel like putting in, before uploading them onto the Disney server and allowing everybody else to give their level a go.

Each week, the developers will post a set of worlds created in the Toy Box. Toy Columbia is one of the first official worlds released for free, along with five other worlds for their community to enjoy. These worlds also include Sky Gauntlet, Jungle Cruise, Trench Run and Blue Breakout.  These worlds were created by Avalanche Software, according to Disney Infinity executive producer John Vignocchi, as they  “wanted to inspire the community to see the types of things they can build.”

The five stages are readily available for Disney Infinity players free of charge as of now on PlayStation 3, Wii U and Xbox 360.

What game worlds would you be interested in seeing made for this game?