The folks at 2K Games did it again! It has just been revealed that the BioShock 2 posters that came with the Limited Edition of the game also had some hidden and rather creepy messages on them, which can only be seen using a blacklight. Fortunately, I managed to get all the posters’ hidden messages and post them alongside this article so everybody can check them out.

The announcement came on the official 2K Games forums where somebody wrote:

“Just wondering if anyone has noticed this; I put the posters up in my man cave the other day and had some friends over. They were messing around with an old black light I found and I was surprised and delighted to see that there are hidden messages on each of the three posters! You really have to see them to get the full effect!”

So here they are, three BioShock 2 posters ready to amaze you with their hidden messages. And I really wonder if anybody else noticed them before: 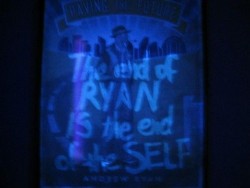 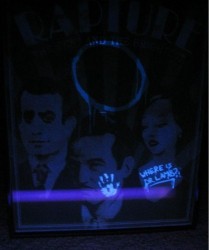 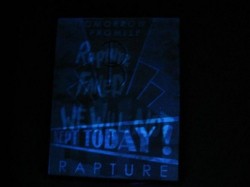