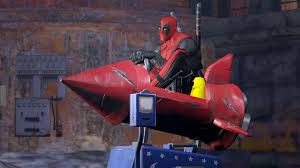 Activision have removed their games based in the Marvel universe from digital stores.

The news was confirmed by Activision community manager Dan Amrich on Twitter, writing: “For those asking about it: Marvel Activision titles are no longer available for digital download.”

The titles affected by this include the recently released Deadpool, which was released in June 2013. Both the games themselves and their DLC are now unavailable for download on PlayStation Network, Steam or Xbox Live. You can still download them if you had previously bought the digital versions.

The full list of titles affected by the removal is:

Amrich, when responding to numerous tweets on the issue, pointed towards an expiring contract for the removal, saying: “contracts have dates” in response to one person blaming Disney for the move.

The removal of these games follows in the footsteps of Capcom, who recently removed their Marvel vs Capcom games from online stores.

Despite this, Beenox’s movie tie-in The Amazing Spider-Man is still available to download. Dan Amrich confirmed that the upcoming tie-in Amazing Spider- Man 2 will still be released in spring to coincide with the movie’s release.

“Just as Capcom was asked to remove their Marvel games from download, so did we. Activision’s ASM2 game comes out this spring.” Amrich tweeted.

The titles removed can still be purchased in physical form for those of you still interested in purchasing any of these games.

What are your thoughts on this? Were you able to grab any of these before their de-listing?