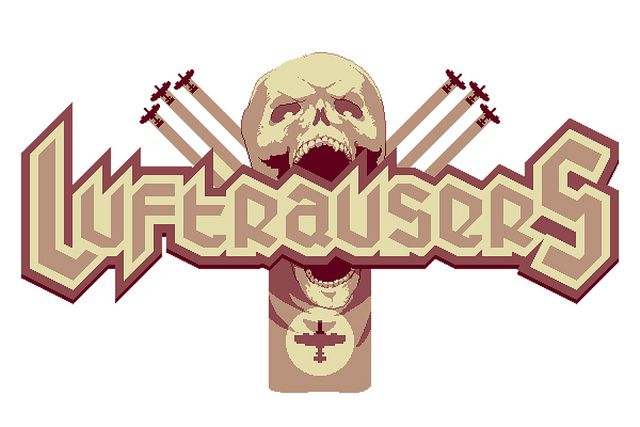 Some say it is lonely at the top, but not necessarily for indie developer Vlambeer. Known for releasing simple, but well made and enjoyable arcade-esque games on multiple platforms, Vlambeer has seen its fair share of studios cloning their own games and selling them before Vlambeer can get their own games out on the stores. Mobile game development is quite the vicious cycle, it would seem.

Vlambeer is perhaps best known for Radical Fishing, starting as a flash game in 2010, the game was to be released on mobile platforms in 2011, only to be ripped, dragged and dropped (… Technologic) by Gamenaut’s Ninja Fishing (development on the mobile port was halted as a result, until earlier this year, when it was released as Ridiculous Fishing). Now it is their dog-fighting, warplane game, Luftrausers that has come under fire, so to speak. The recently released iOS game, SkyFar features the same base gameplay, same graphics, same controls &c. (essentially Luftrausers with a slightly altered color scheme and less in-depth gameplay) quickly garnered the attention of the industry. However it did not catch the eye of Vlambeer’s Rami Ismail until later, with his twitter post on the matter reading:

Oh dear, I am in a foreign train completely incapable of checking into the LUFTRAUSERS clone thing for a few hours. God, not this again :(

In recent developments on the issue, Ismail issued a response to gaming news source Polygon, letting the site know:

The developer of the clone has gotten in touch with us after Twitter exploded and let us know that “acttuly we genrated our assets, Codes and all newly [sic]” and that the gameplay as indicated on the screenshots “is not there in game as in the screen shots. We just done those screnshots for public attraction [sic].” … They signed off with the note that “we really dont think it links your game at all.”

Google and Apple are apparently sorting the matter out to keep Vlambeer out of ‘yet another clone war;’ in the meantime, Ismail was quick to point out that SkyFar shows why Luftrauser is not coming to mobile devices (it is instead to be released on PC, Mac, Linux, the PlayStation 3 and the PlayStation Vita), as the controls were far from savory. Not wanting to allow this to hinder development again, Ismail announced that development will continue, and that their release model of small flash games followed by full releases will persist, despite the risk of cloning.