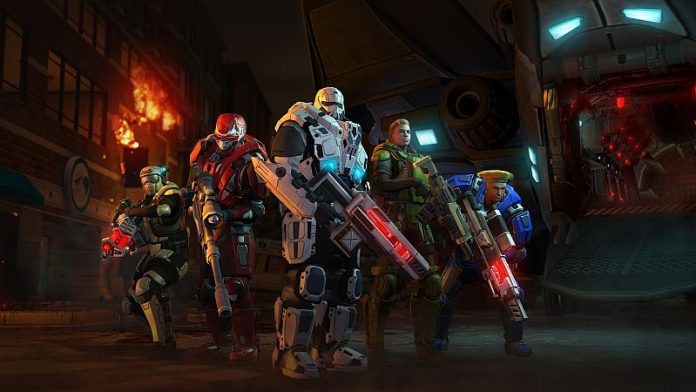 Need some advice regarding XCOM: Enemy Unknown? Of course you do, especially if you make the mistake of starting the game on the Classic / Ironman combination, which usually ends up with a restart. I am here to share with you an XCOM: Enemy Unknown guide – or, better said, some really useful tips & tricks which are best suited for those who have just started playing the game, but they might also prove really useful for players looking to improve their strategy.

I know there are many possible approaches to the game, but I’ll try to keep things as generic as possible, to help as many of you out there. So let’s check out some really important XCOM: Enemy Unknown tips & tricks!

Probably the most important thing you should have in mind are Satellites and getting them up as soon as possible. Not only that Satellites offer you extra money monthly, as well as bonuses based on the countries where you have them, but they also reduce the panic levels which is huge. Add to this the special rewards you get for covering an entire continent, and you have a great deal for yourself!

Tip: Place your first extra satellite in South America and, if possible, add the second one ASAP for the continent bonus!

This might sound like a tough call at first, but you’ll soon see that Engineers are more valuable than Scientists because you need them to actually build the stuff that it’s researched for. So go for Engineers, go for Workshops and missions that reward you Engineers! Of course, this doesn’t mean that you should ignore Scientists, but when considering their importance, think something like 70% Engineers, 30% scientist.

You also need power, so try to get to the first Steam source and build up a Thermo Generator because it offers a lot more energy than the regular generator. Add near it an Elirium Generator if you have the money and resources, or surround it with two Power Generators (or, if possible, another Thermo one would be great!).

This is again pretty tricky and might depend on your playing style, but I would suggest going on for the Armor upgrades first. Not only that they bring more value for research time (you can use one type of armor on all squad members), as opposed to the weapons that are class-specific, but you will also get more chances to stay alive for longer. And we all know, probably, how important it is to keep your soldiers alive!

If you don’t like the 4 squad members limit in XCOM: Enemy Unknown, you need an Officers training hall! Apart from that, you can buy different types of upgrades there, like boosts to XP earned during combat or faster recovery times, all really valuable things in the game!

6. Keep an eye on panic levels

It’s pretty difficult, and there will be moments when you will lose a country to panic, but try to plan ahead and keep an overview of panic levels. If panic is high throughout Asia, for example, you should get a mission in Asia, otherwise the panic levels over the continent will increase. It’s better to lose just one country, than quickly losing them all. So take your missions carefully and build those Satellites!

But it’s not just panic levels that you’ll have to keep an eye on and plan ahead. The same goes for facilities: try to get a mental map of what you’ll be building, because you need the proximity bonuses for as many of the buildings as possible. Also, try to plan ahead your squad. It might be good to try and level up your members as fast as possible, but try to have some sort of squad rotation. What if you only have a great sniper and he or she gets injured or, worse, gets KIA? Try to bring one rookie or lower level soldier to the team and level them up slowly to have back-up when needed. And not back-ups of rookies!

This is vital: know what each of the squad members can do and make sure you get the most out of their special abilities. For example, if you have a member with the Flush ability (gets aliens out of cover), it would be smart to use that at the beginning of the round, so all your other squad members can shoot the alien without cover!

Overwatch is the Satellite of combat: you need to use it as much as possible, even though it slows down the game a little and makes your progress through battles slower. But at least it keeps your men alive! The best way to use it is to move your soldier first, then the Overwatch action. This way, when an alien appears, you always get the first shot.

10. Run away from burning cars

I didn’t know that cars explode in XCOM: Enemy Unknown and I lost 3 soldiers when I found out the hard way. Cars set on fire explode after one turn, so if you don’t want to increase your KIA stats, get the hell away from them!

11. Level up the Snipers

They can prove to be the most lethal soldiers in the game, especially when they get the Squad Sight ability which allows them to shoot ANY enemy that ANY of your squad members sees. With increased accuracy (try adding a SCOPE) and critical hits, they are real gems. And you can generally keep them safe, thanks to the range of their sniper rifles.

The game tells you that flanking enemies should be your top priority in the game because of the increased bonuses that you get. But flanking also comes with a ton of disadvantages: you can run into a new set of aliens, you can get your team too spread out and you can waste valuable time moving around instead of shooting. Of course, flanking has its bonuses and it’s worth trying to do it, but don’t focus on it, it’s a bad choice!

And these would be the tips and tricks for XCOM: Enemy Unknown. Not really a complete guide here, but certainly valuable things that weight a lot when you get to the end of the game. Got any new things to share with the fellow gamers? Let us know by commenting below!