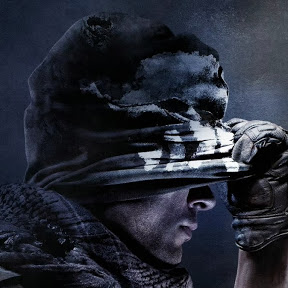 Update: Call of Duty: Ghosts Creative Director Mark Rubin has confirmed that the Xbox One version of Ghosts will be upscaled from 720p to 1080p while the PS4 version is native 1080p.

Plenty of rumors have been hitting the web this past week concerning the resolution of the game on the Xbox One. The rumors can finally be put to rest but we will have wait and see if the lack of native 1080p on the Xbox One will make a dramatic visual difference between the two systems.

Original Story: Plenty of rumors are floating around the web that suggest Activision’s latest Call of Duty title, Ghosts, will only run on native 720p instead of full 1080p resolution on Xbox One. There’s growing evidence that the game will be up-scaled on Microsoft’s system to compensate for the inferior resolution.

Ever since IGN ran a preview on the game, playing the game only Playstation 4, NeoGAF members have expressed their confusion and anger towards this rumor. Since the Call of Duty franchise has been so synonymous with Microsoft’s consoles, especially in the last couple of years what with the timed DLC and all, questions have to be asked regarding why the PS4 version was only provided.

Both Microsoft’s Alberto Penello, and Phil Spencer have only added fuel to the fire with their recent twitter posts; curiously avoiding to provide concrete clarification on this rumor. Penello’s response to the rumor was, “I’ve seen COD: Ghosts running on Xbox One. It looks f’n amazing. Wait for real footage, then judge for yourself.” While Spencer answered, “As first party I don’t get builds of 3rd party games. I know what our 1st party games are doing.” This is a complete contrast between Sony’s Adam Boyes’ announcement that Ghosts does in fact run on native 1080p on PS4.

Interestingly, to further support the rumor, videogame website Geek wrote an article piece describing the Xbox One’s solution to overheating problems. There are currently two options Microsoft have employed to remedy overheating, one of them is the fan speed which increases according to the level of heat the system is producing. Secondly, since the fan speed does reach a limit eventually, is the ability to slow down and cut out the power that is being used. This basically means that the system will use less GPU and CPU power when running a videogame that overheats the system. This will obviously lead to a game’s performance being negatively impacted.

Taking all of this into account the rumor might very well be true. Whether or not the resolution difference will be a huge deal when actually experiencing the game on both consoles is something we’ll have to wait and see for.

Nevertheless, the game will make it’s debut on November 5 for current-gen platforms, and will launch alongside both the Xbox One’s and PS4’s respective debuts.