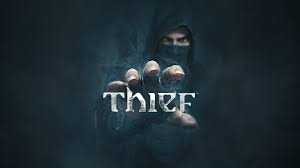 The latest Thief game has snuck its way to the top of the UK All Formats Chart, knocking down The LEGO Movie Videogame into second.

According to Chart Track, Eidos Montreal’s stealth game “smashed” the sales of previous game in the Thief series Deadly Shadows, which came out in 2004. Thief has also managed to record the second highest sales for a number one game in the charts in 2014 (FIFA 14 holds that crown).

FIFA 14 drops a place to third whilst another new entry comes in at fourth, this time it is the multiplayer centric Plants vs Zombies: Garden Warfare.

Call of Duty: Ghosts slips down to fifth, with Battlefield 4 just behind it in sixth this week.

LEGO Marvel Super Heroes finds itself in seventh, whilst Minecraft: Xbox 360 Edition is in eighth.

Assassin’s Creed IV: Black Flag is in ninth whilst we get another new entry to round off the top 10 this week with Castlevania: Lords of Shadow 2. Whilst recording 10th this week, Lords of Shadow 2 did manage to record the second best first week sales of the entire Castlevania franchise, beaten only by its predecessor Lords of Shadows back in 2010.

Other new releases this week saw PS3 exclusive Tales of Symphonia: Chronicles debut in 13th and Senran Kagura Burst on the 3DS entering in 38th.

Next week will see South Park: The Stick of Truth released, so expect to see that make an appearance in the charts next week.