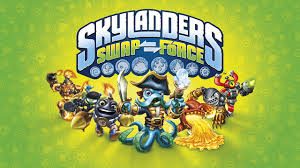 Grand Theft Auto V continues to be top of the pile in the Official UK All Formats Chart, scoring its first ‘back to back’ top spot, bringing its total up to three weeks at No. 1 since it launched according to Chart Track.

FIFA 14, the game which was able to briefly beat GTA in the charts, holds on to second, fighting off strong competition from the latest release in the Skylanders franchise, Skylanders Swap Force, which comes in third. Despite this showing, Swap Force cannot reach the heights managed by its predecessor Skylanders Giants, which sold 35% more than this year’s offering. Perhaps the release of Disney Infinity (which sits in 10th this week), which deployed a similar system to Skylanders in using action figures to play, may have had an effect on sales this year?

Pokémon titles X and Y both get pushed down one place this week, with Pokémon X at 4 with its sister Pokémon Y at 5.  Sony exclusive Beyond: Two Souls also drops one place down to sixth.

A mainstay in the charts, Minecraft: Xbox 360 Edition, the physical copy of Mojangs’ massive download hit, comes in at seven. In fact, it hasn’t moved out of the UK Retail Top 10 Chart since its release 17 weeks ago, which is very impressive.

Rather interestingly, this week’s new Sonic game, Sonic: Lost World, only came in at 11th in the charts.

The UK All Formats Chart Top 10 (Week Ending 19th October) is as follows:

The full top 40 can be viewed here.

Will GTA be knocked off the top next time? What do you think its biggest challengers will be? How long before Minecraft: Xbox 360 Edition moves out of the Top 10?